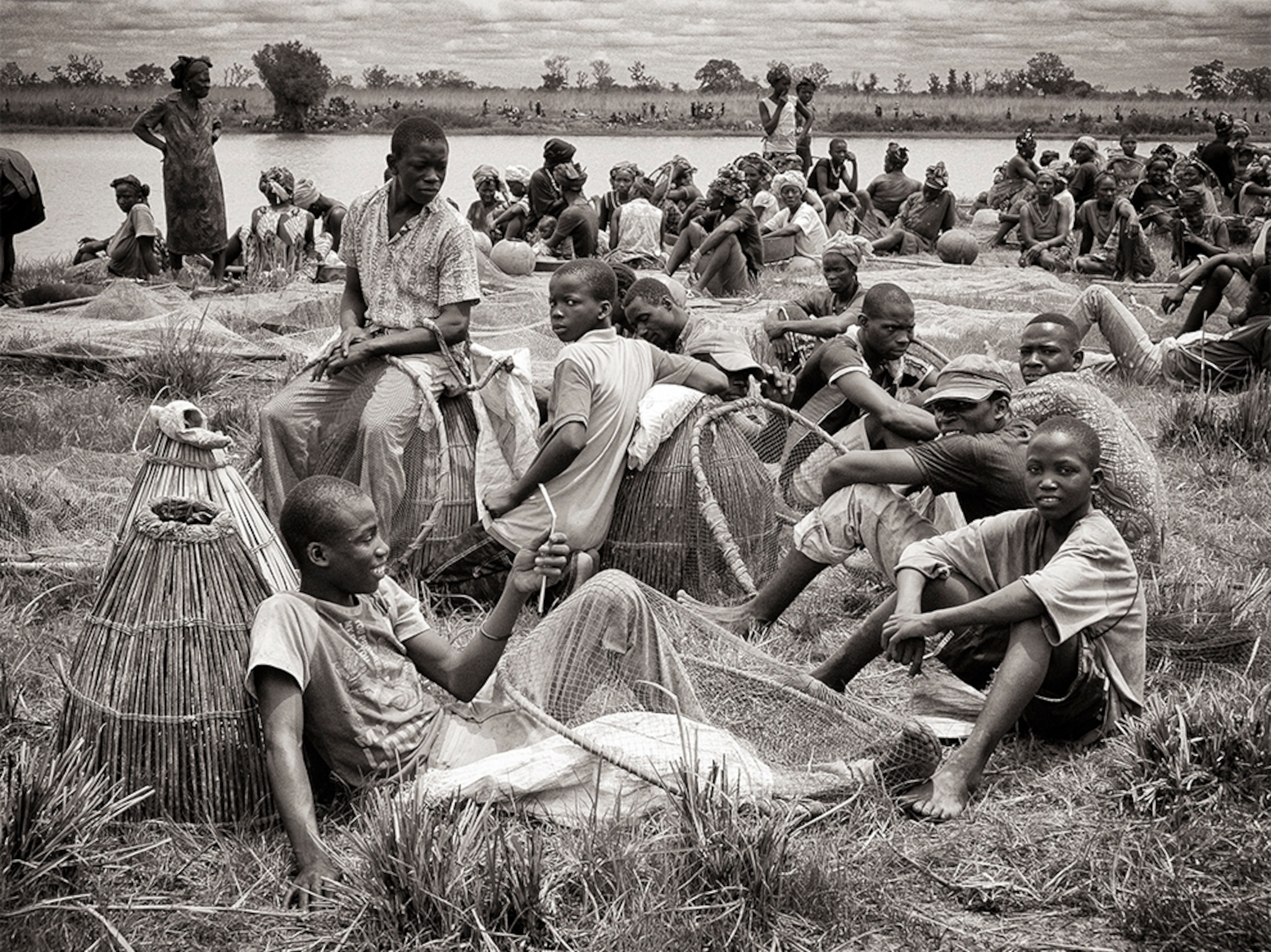 "I was working on a one-year assignment in Diankana, Guinea, a village on a tributary of the Niger River," says Your Shot contributor Sarah Jackson. "I had not been in the country very long before I began hearing about the annual Fête de la Mare (Festival of the Pond), which occurs in many villages throughout the eastern part of the country, where the Malinke culture predominates. This festival celebrates fishing and always takes place at the end of the hot season, when the water level of nearby ponds is at its lowest and the fish are easy to catch. Everyone waits at the water's edge for the signal to dash in with their fishing baskets and compete to catch the most and the biggest fish."

Jackson's picture, which was featured in the Daily Dozen, was taken while everyone waited for the signal to run into the pond. "It was a relaxed moment, with teenagers lounging on their fishing baskets and ladies chatting in the background, but there was an air of excitement for the festivities as well."