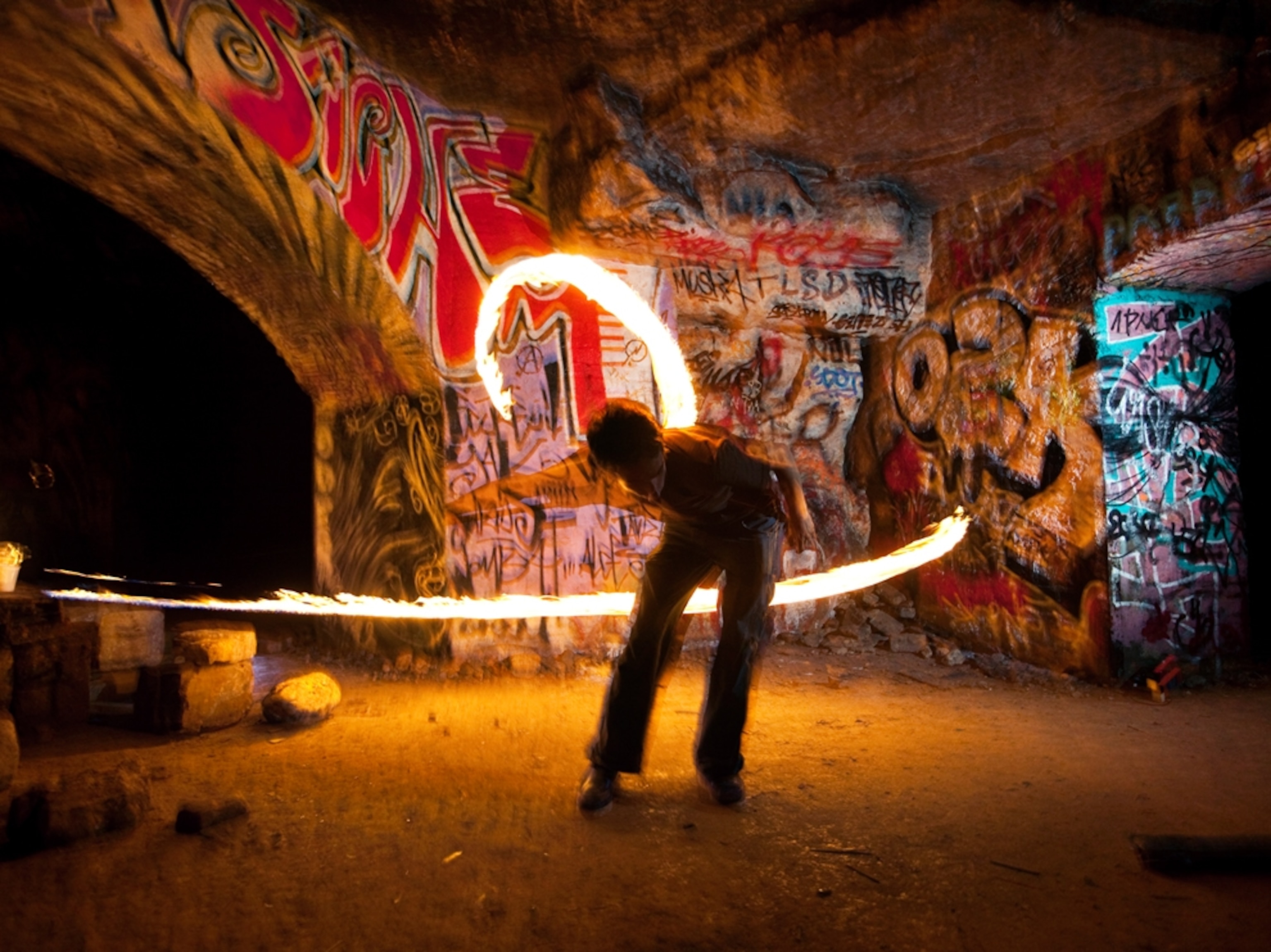 In Paris, old limestone quarries fan out in a deep and intricate web under many neighborhoods, mostly in the southern part of the metropolis. Here, a fire thrower named Louis spins light at a gathering in one old quarry. Nearly all of the more than 180 miles of quarry tunnels are off-limits, but parties happen anyway.

See more pictures from the February 2011 feature story "Under Paris."