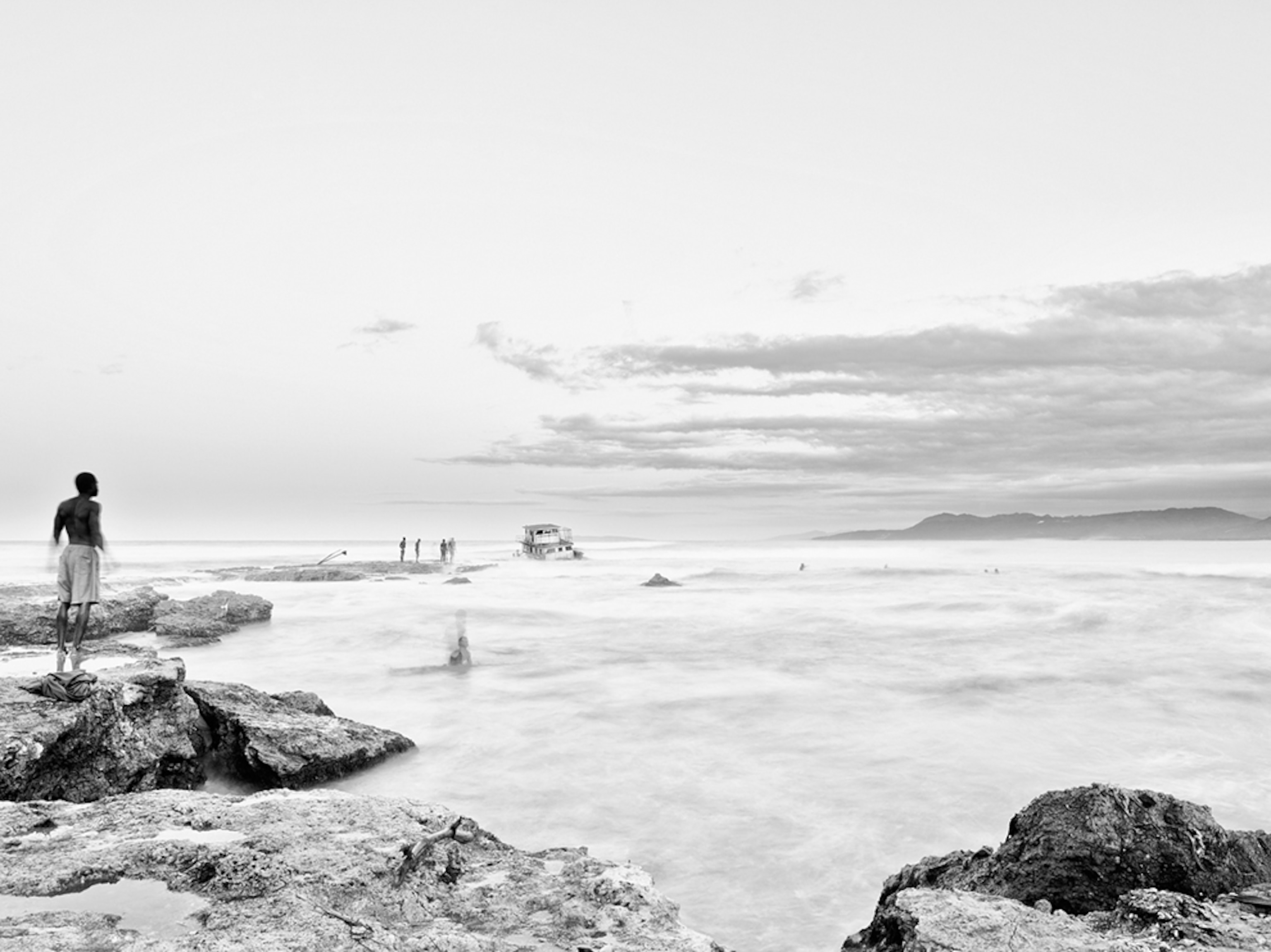 This Month in Photo of the Day: Your Photos

This long-exposure photo was taken in Jeremie, Haiti, as local fishermen tried to salvage a ship that got stuck, using the waves to bring pieces of the ship back to shore.

What Makes This a Photo of the Day? I find this tableau to be hauntingly beautiful, from the smoothed waves to the ghostlike figures in the surf. I get the feeling of time passing as the waves roll in, first carrying pieces of the ship ashore, then ultimately erasing the entire scene. —Alexa Keefe, Photo of the Day editor

Photograph by Guy Mokia, My Shot