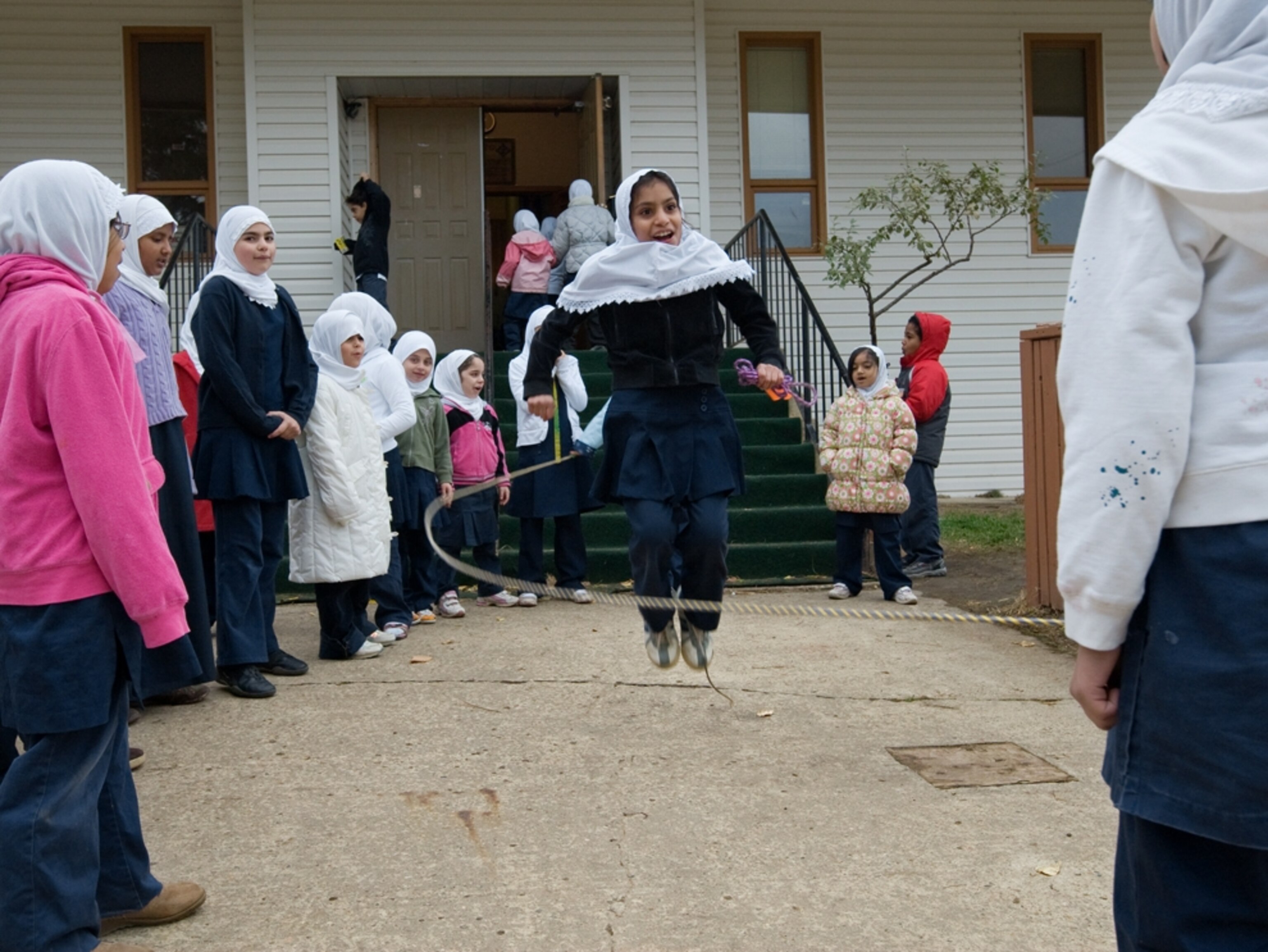 Laughter echoes across the yard as students jump rope outside the Fort McMurray Islamic School in Canada. Like others flocking to the region, Muslims have taken advantage of the booming economy and established a community with several thousand members. Ebrahim Dhooma, principal of the school, says Muslims moved to the area from other parts of Canada and emigrated from all over the world—Sudan, Niger, Pakistan, and Malaysia. Many have taken jobs in mining or started their own businesses, and often their children are first-generation Canadians. "There is a sense of growth and potential in this town," Dhooma says. "With the building of new state-of-the-art facilities and the relative wealth of the area, optimism fills the air."