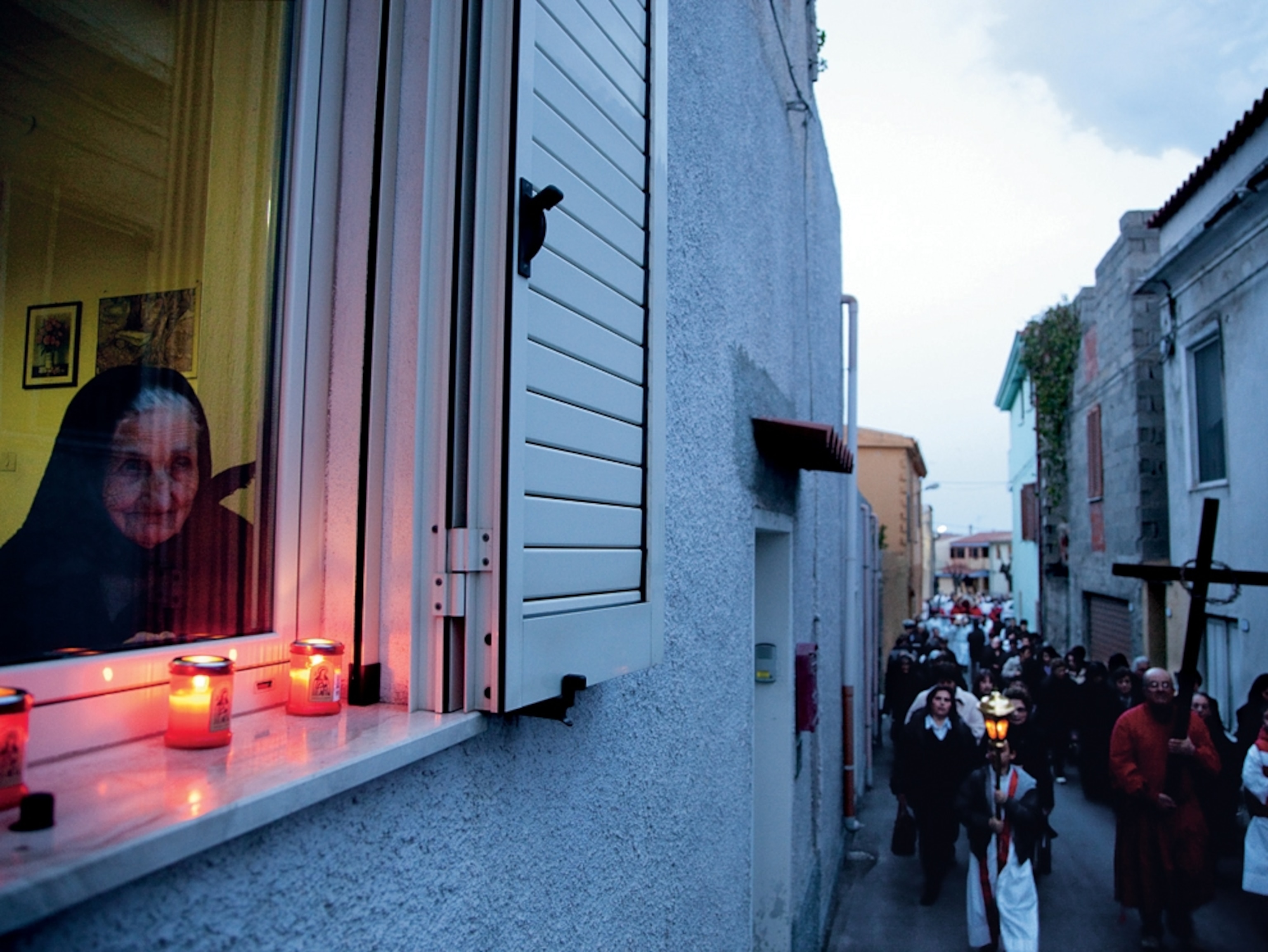 An elderly woman has a front-window view of a Good Friday procession passing by her home in Orosei, on the island of Sardinia. In an aging nation, Sardinia's population is especially old, with one of the world's highest ratios of people over a hundred years old. Centenarians on the island have recently numbered as many as 187.