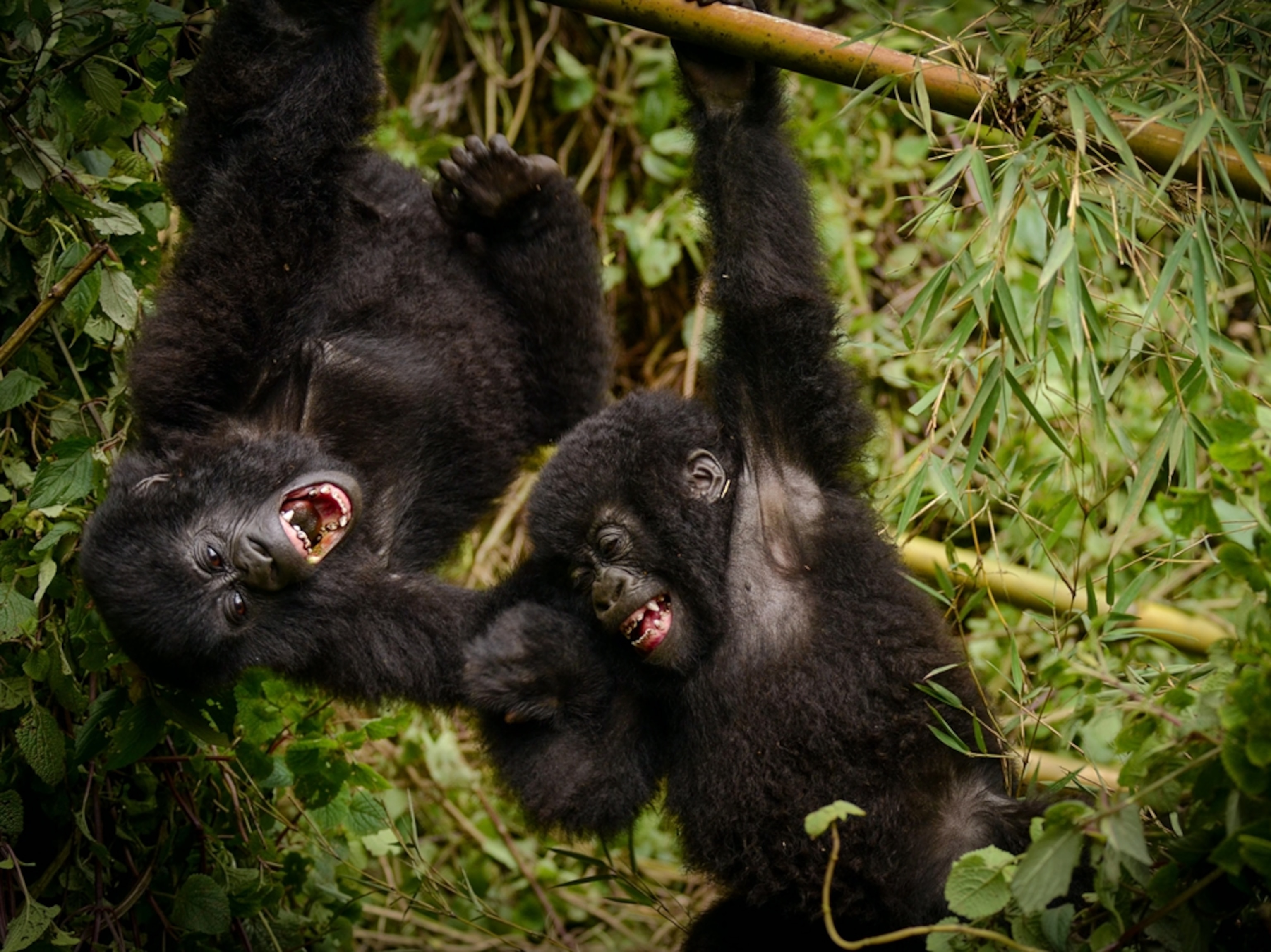 I took this photograph on the final day of a four-day trip to Volcanoes National Park in Rwanda. The two juvenile gorillas were playing endlessly, rumbling and tumbling as most of their family members of the Sabyinyo group relaxed and rested comfortably. Pouring over my shots following the trek, I was just as excited as the expression on their faces when I saw I had at least one photograph of the hundred or so I took of them in the midst of their debauchery.

Photograph by David Creatura, Your Shot