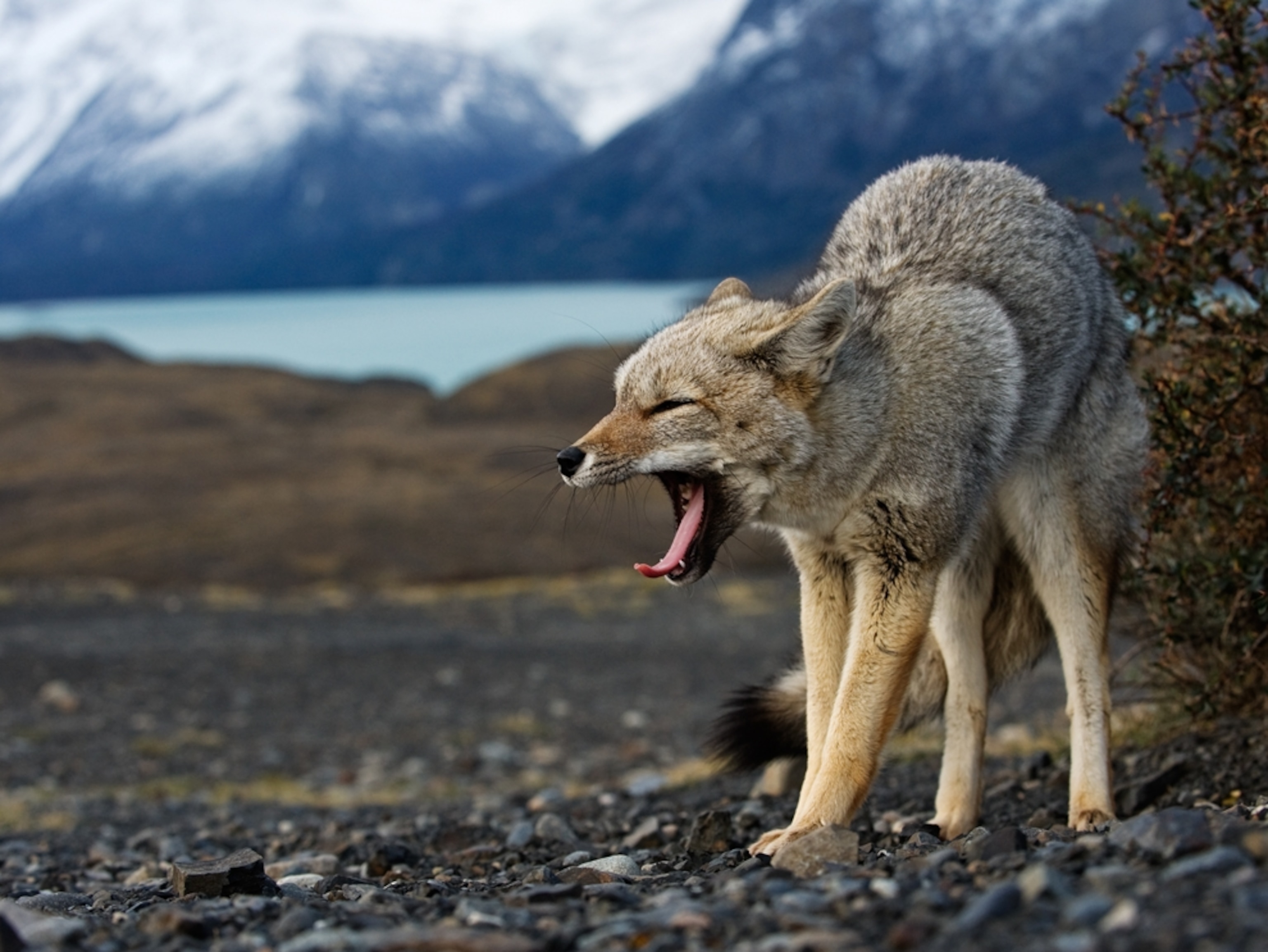 A South American gray fox (Lycalopex griseus) yawns as dusk falls on Chile's Torres del Paine National Park. In Voyage of the Beagle, Darwin chronicled his first encounter with another member of the same genus, Darwin's fox (Lycalopex fulvipes): "I was able, by quietly walking up behind, to knock him on the head with my geological hammer. This fox, more curious or more scientific, but less wise, than the generality of his brethren, is now mounted in the museum of the Zoological Society."