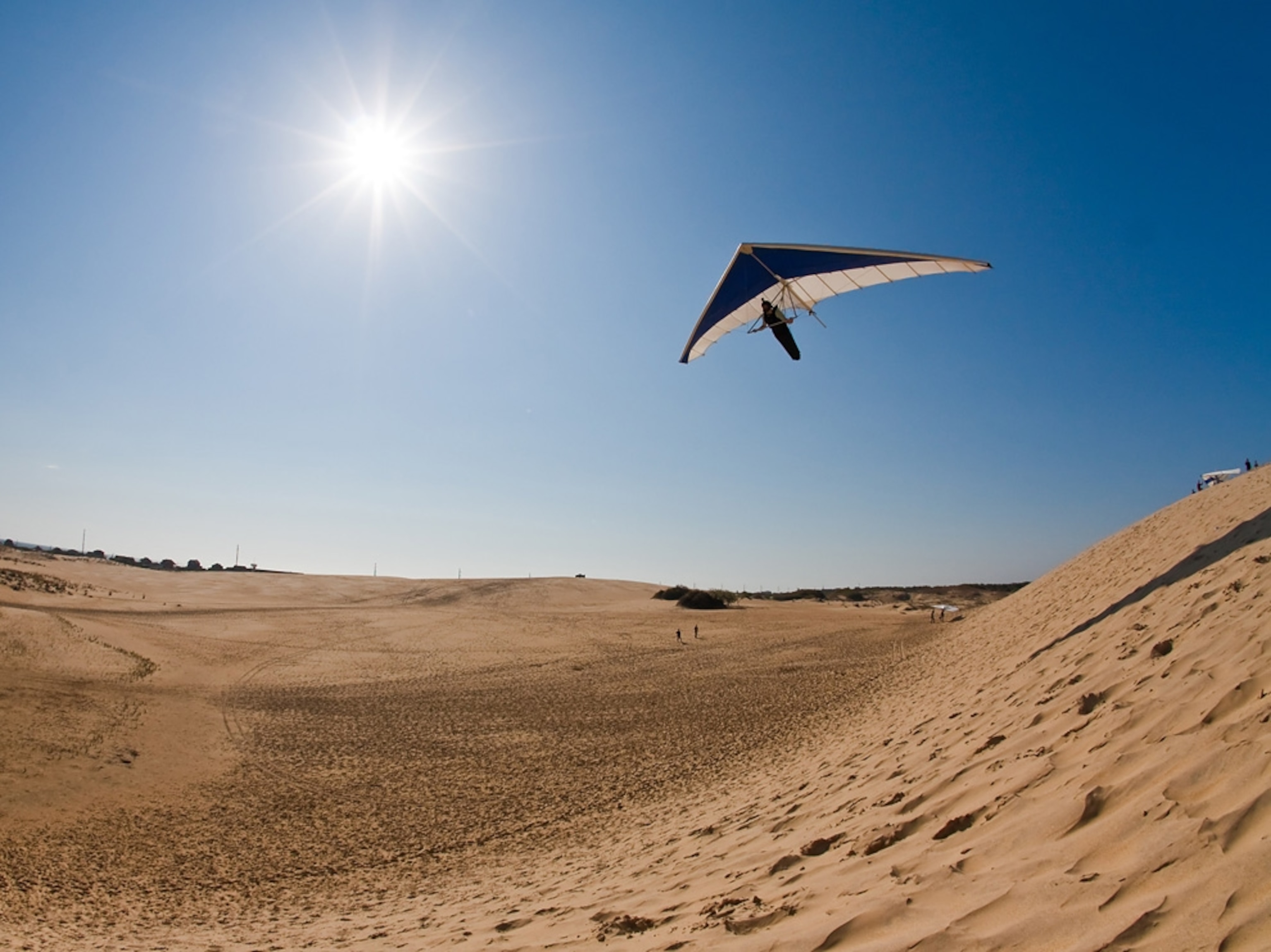 This Month in Photo of the Day: Adventure and Exploration Photos

My friend Wes Stalls gave me a call one spring morning letting me know the winds were blowing out of the east and were soarable. This picture was taken at Jockey’s Ridge State Park in Nags Head, North Carolina. It is a 90-foot-tall sand dune plus smaller ones situated on a small strip of land between the Atlantic Ocean and Albemarle Sound. The Wright brothers took the first powered flight just five miles up the road from where this picture was taken. Wes was able to get in five or six turns before making his landing.

Photograph by Tim Butch, Your Shot