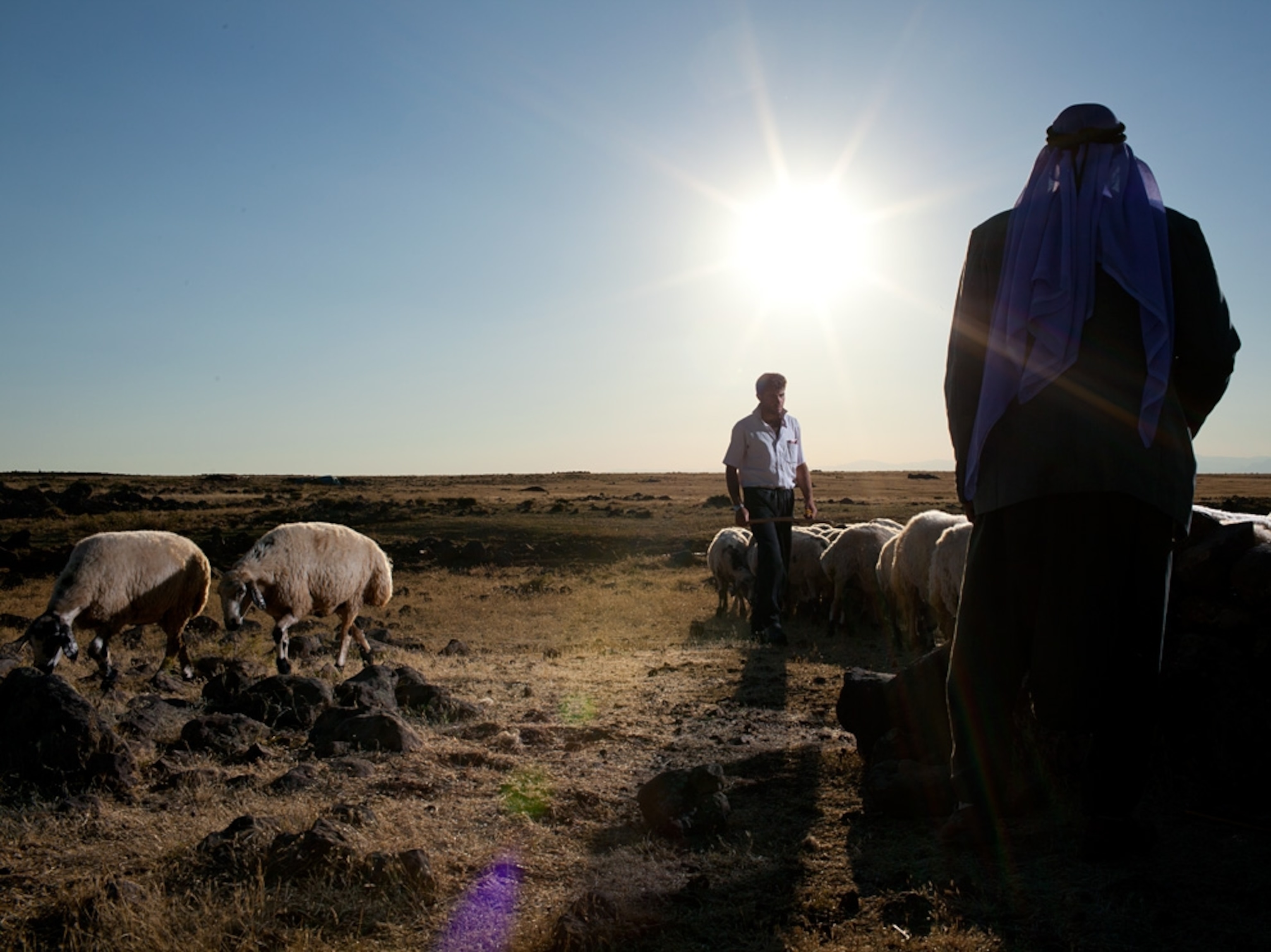 This herding family has been tending livestock in the northern part of the Fertile Crescent for a century. The countryside where they herd, on the slopes of Karaca Dağ, is just 60 miles from the archaeological site of Göbekli Tepe, where geneticists believe one variety of modern wheat was first domesticated. Sheep and goat were also domesticated in this region.

See more pictures from the June 2011 feature story "The Birth of Religion."