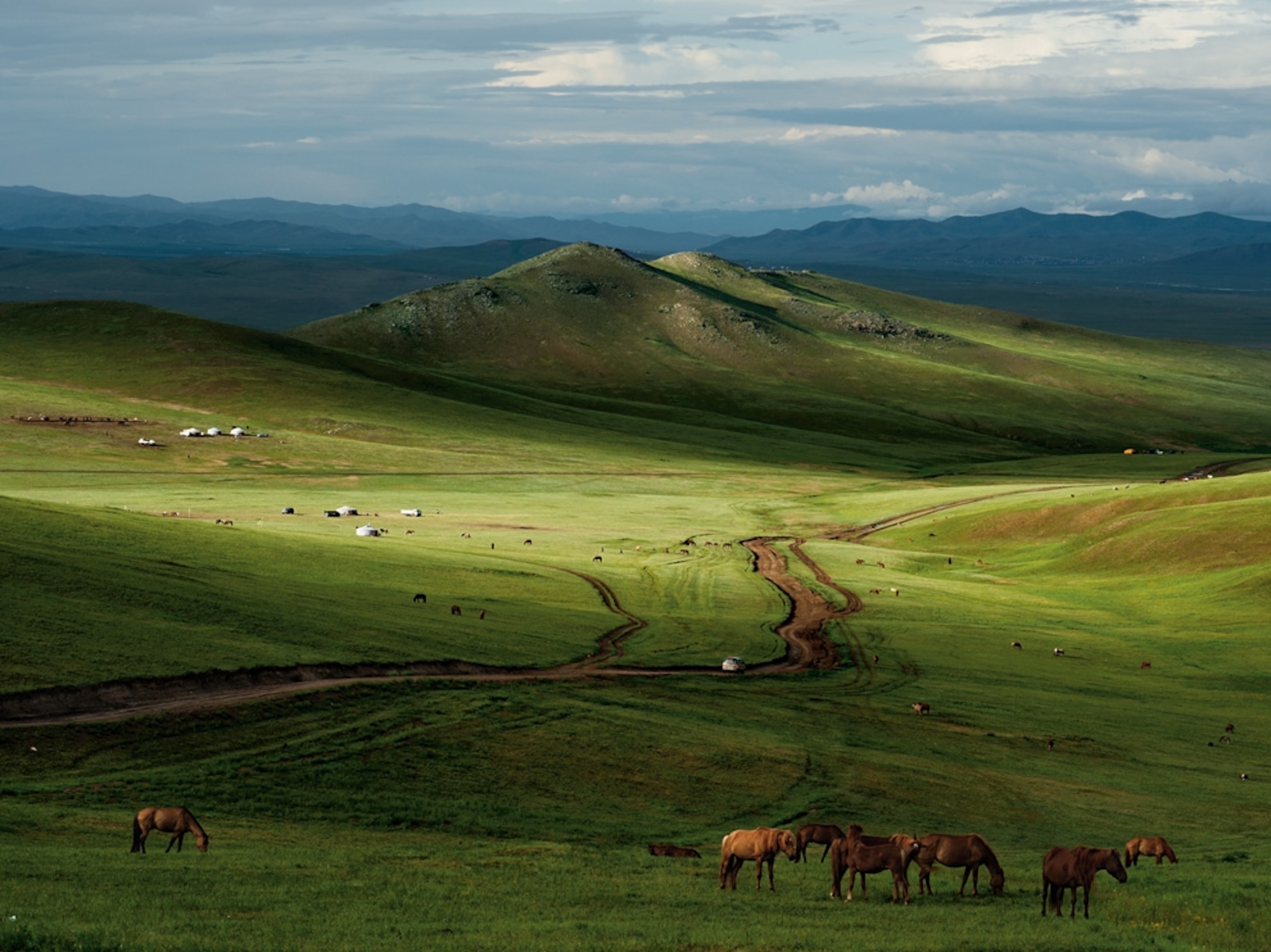 An ocean of green, Mongolia is the most sparsely populated country in the world, with just under three million people in a landmass larger than Alaska. Mongolian culture—physical, mobile, self-reliant, and free—developed out here on the steppe. "When people move to Ulaanbaatar, they bring that mentality with them," says Baabar, a well-known publisher and historian.