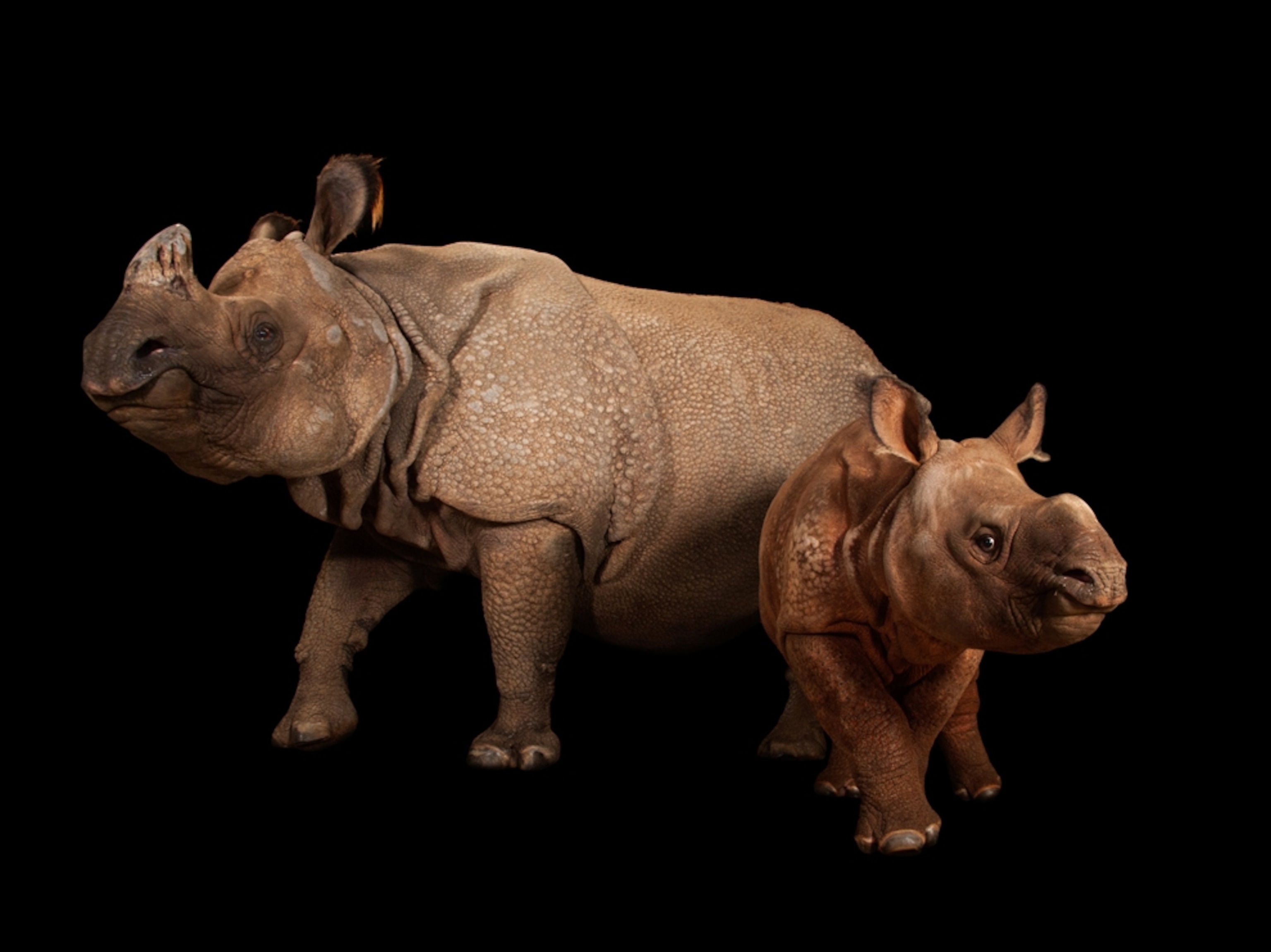 Four-month-old Asha (Hope in Hindi) will stick close to its mother for up to two years. In zoos and in the wild, this rhino species is growing in numbers.

Sartore photographed the rhinoceroses as part of his Photo Ark project, through which he is documenting thousands of rare species. "Half of all the species on Earth could be headed irreversibly toward extinction by 2100. Not if I can help it," Sartore says. "That's the idea behind the Photo Ark: getting the public to look these creatures in the eye, then care enough to save them while there's still time."