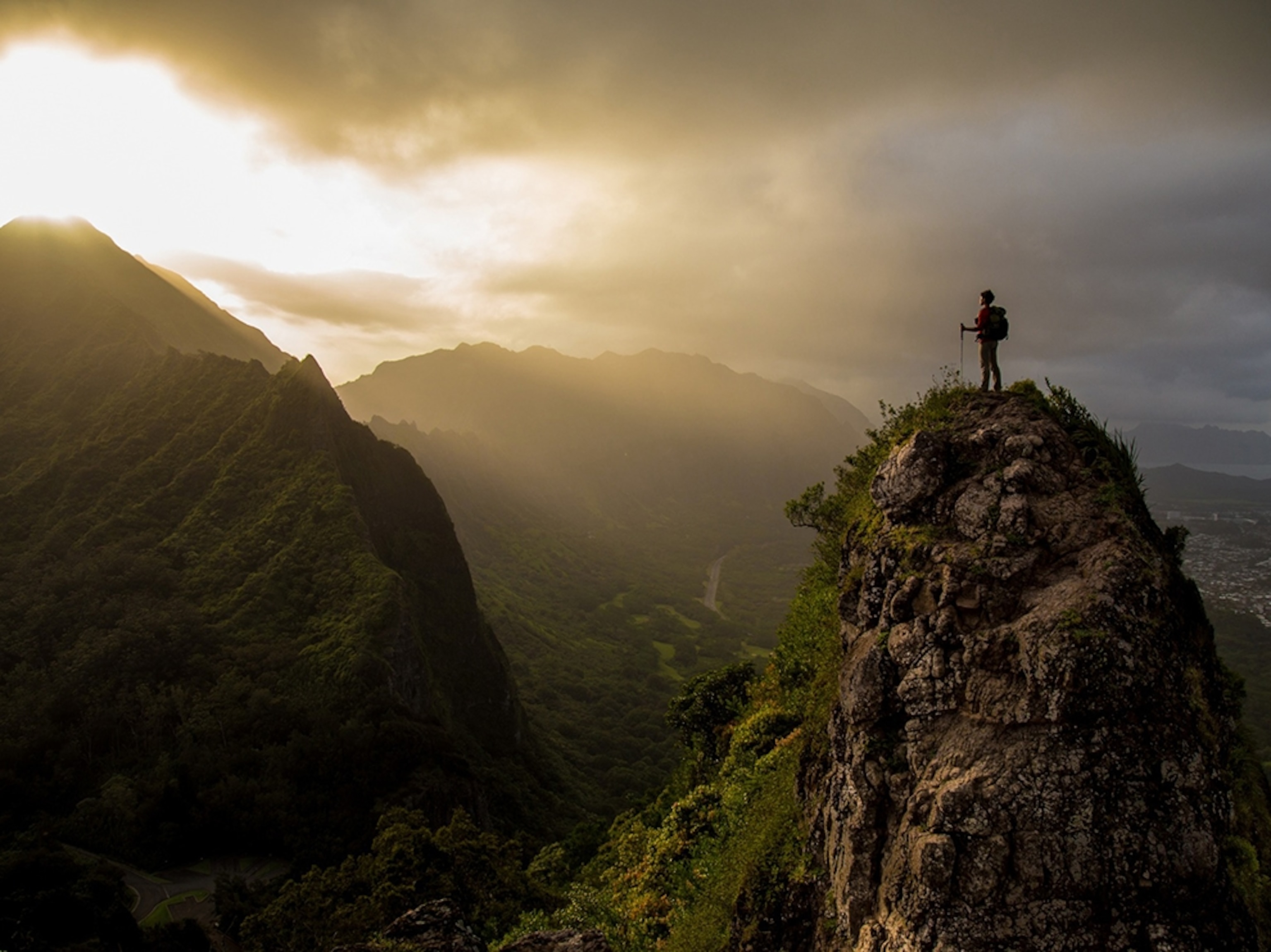 As beams of light from the setting sun burst through clouds, a triumphant hiker basks in their glow on a summit in Hawaii’s Ko’olau Range. The achievement, according to Liz Barney, who submitted this photo, was the culmination of rigorous preparation and effort. “It’s not a well-known trek … but for two women, it was their dream,” she says. “[The women] spent an entire year planning and training to cross the Ko’olau summit ridgeline in one self-sufficient thru-hike ... They failed multiple times before they finally succeeded.”

This photograph was submitted to the 2015 National Geographic Photo Contest. Submit your best photo for a chance to win.