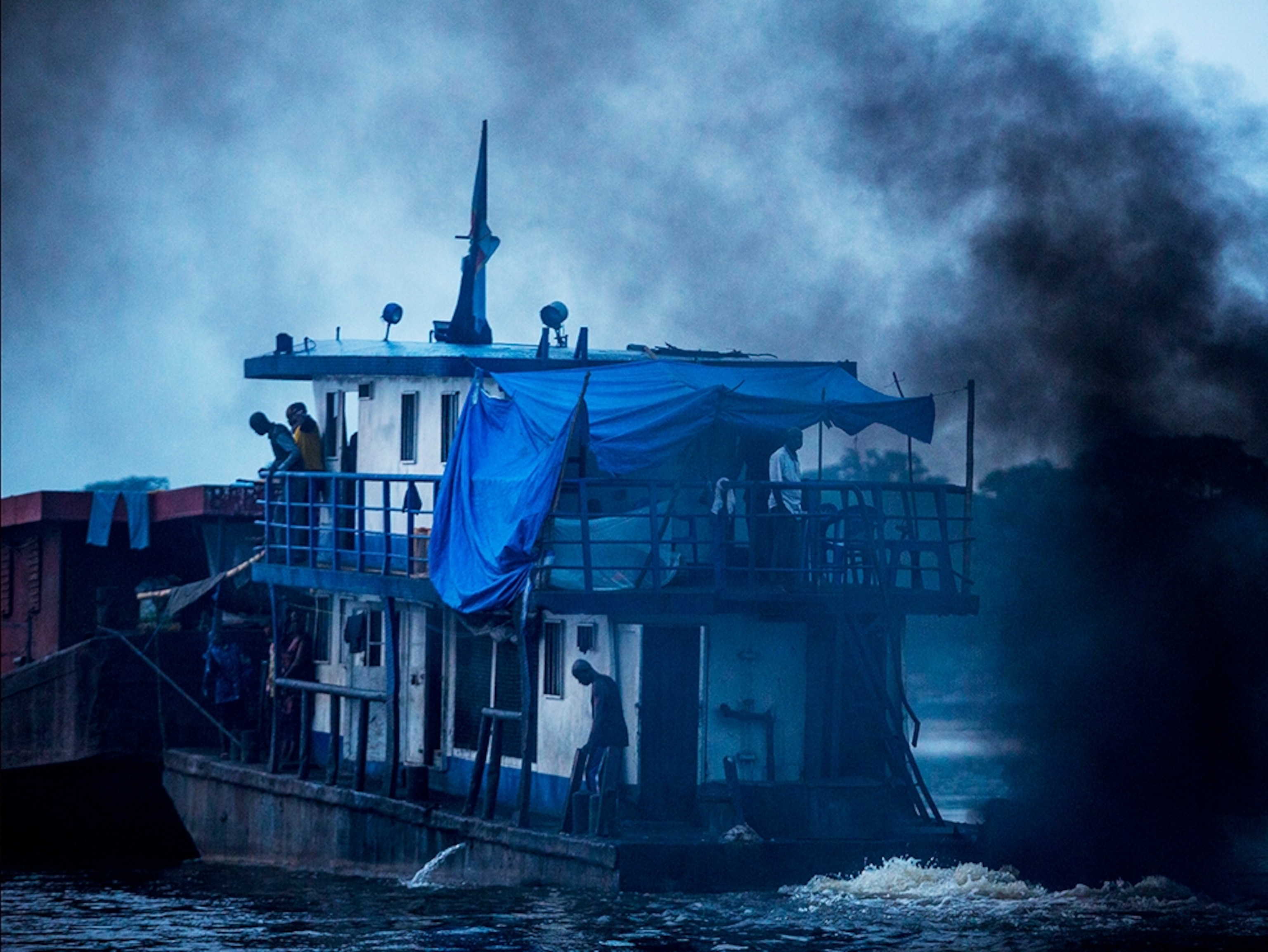 Travel on the Congo River, which flows through the world’s second largest tropical forest, requires patience. Progress can be as slow as a few miles an hour. Barges get stuck in silt. Engines break down. Time inches by. Here, engine trouble and other mishaps delay the Kwema Express during its voyage. After eight months the barge finally reached Kisangani in the Democratic Republic of the Congo.