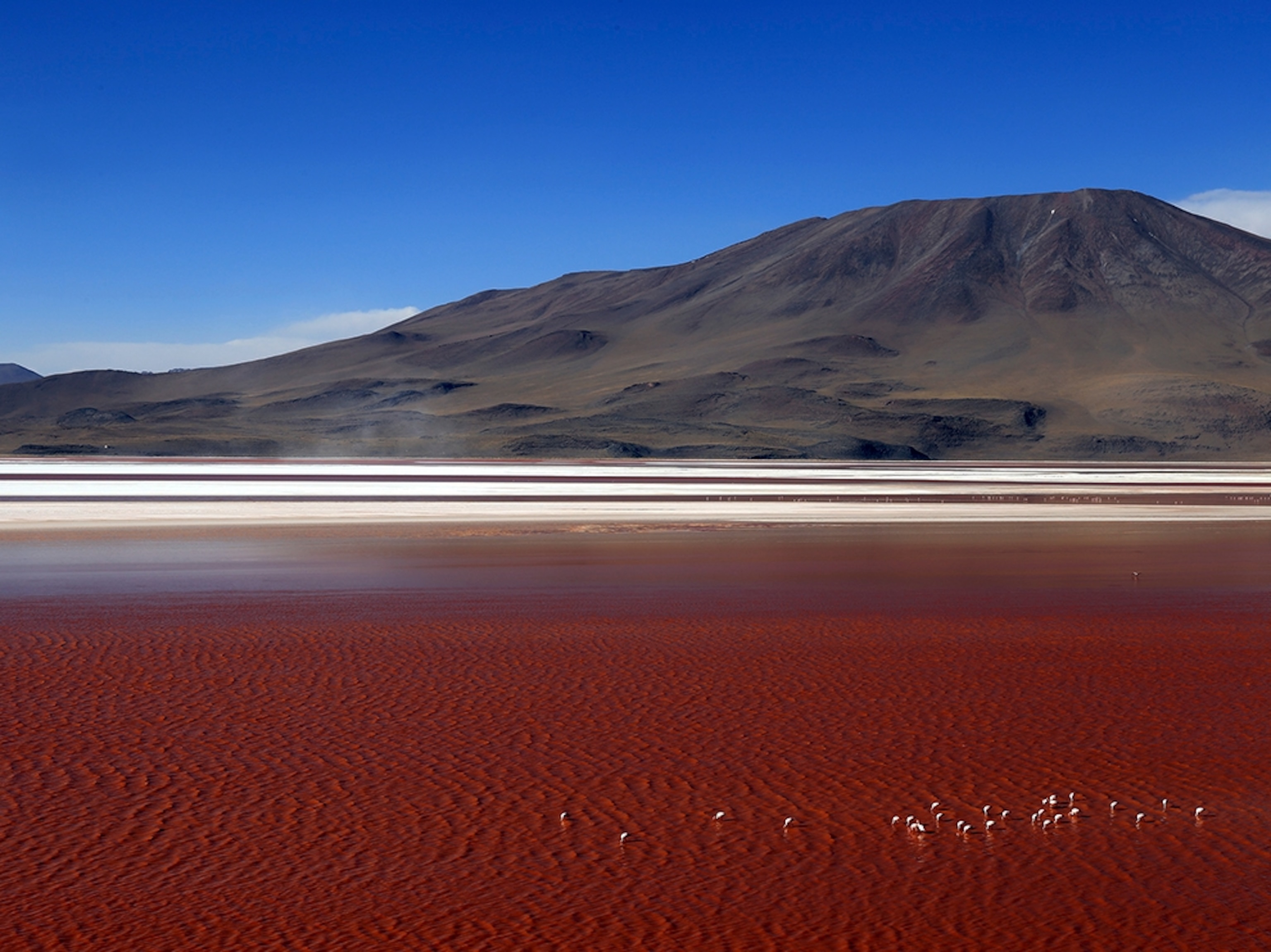 "I was traveling in South America last year, and one of the last places I visited was Uyuni in Bolivia, which is famous for its salt flats," says Your Shot member Dharshana Jagoda. "There was a stop at Laguna Colorada on our tour, which made up for the disappointment of being at the salt flats months ahead of the rainy season (too early to see the reflections produced by rain on the flats). I first saw the lake from quite a distance and didn't see the flamingos, only the contrast of the red water against the crystallized minerals. This photo was taken on my way back from the base of the lake."

Jagoda's picture recently appeared in the Your Shot Daily Dozen.