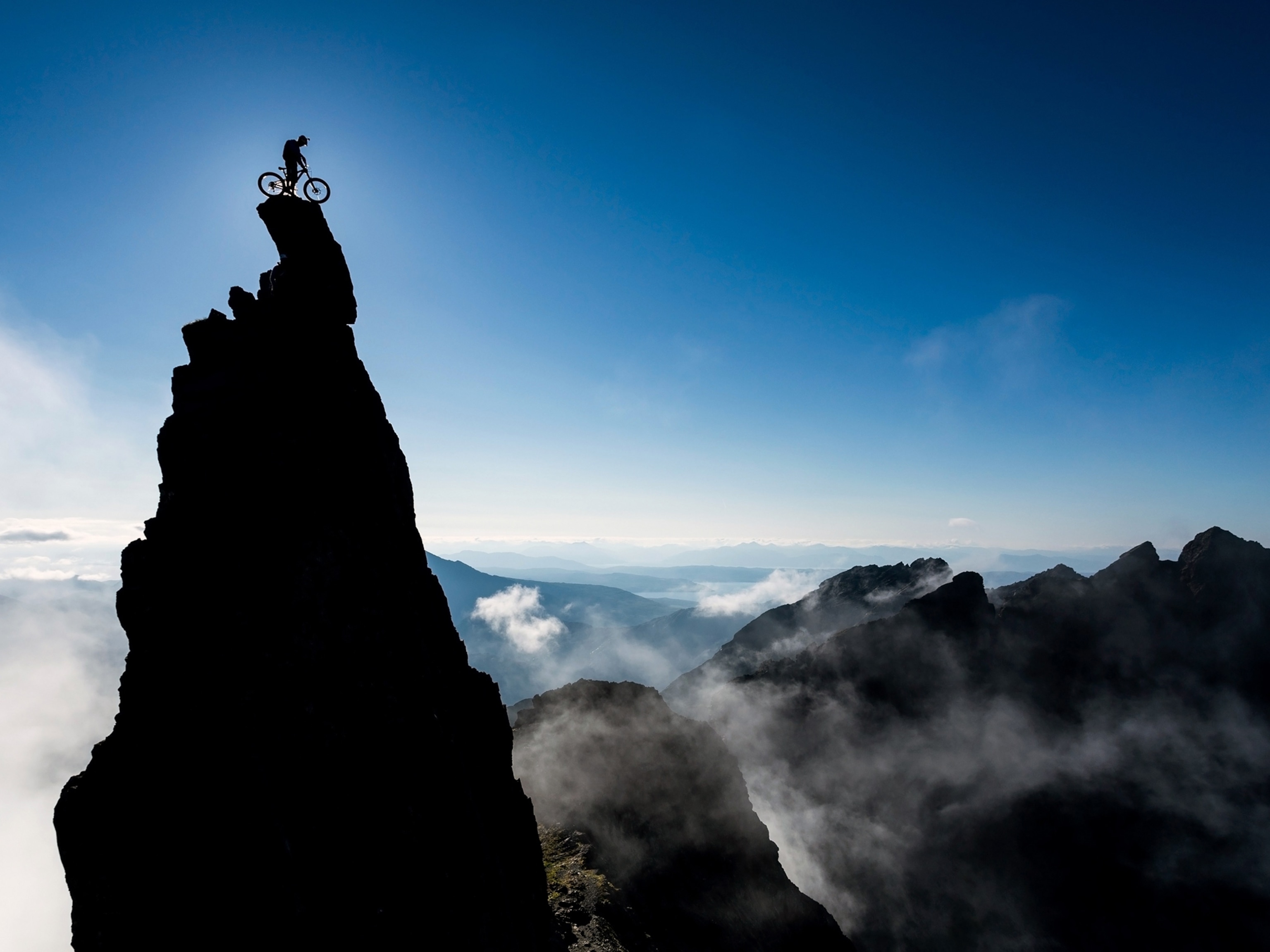 “We were near the summit of Sgurr Dearg, [also called] the Inaccessible Pinnacle, a famous feature of the Cuillin Ridge on Scotland’s Isle of Skye, shooting a behind-the-scenes documentary about the making of 'The Ridge,’” writes Chris Prescott of the Cut Media short film featuring trials cyclist Danny MacAskill.

“MacAskill grew up on Skye and wanted to make a film that showed off the beauty of the island. A traverse of the full Cuillin Ridge is considered one of the classic mountaineering challenges in the U.K. The film was shot over two weeks and meant transporting a lot of filming equipment onto the ridge every day. Fortunately we were very lucky with the weather!

“The shoot on the Inaccessible Pinnacle was one of the key moments of the film and meant a 3 a.m. start in order to get the best light and catch the cloud inversion. This was taken at around 6 a.m. in the middle of summer, and the sun was still low in the sky. I used the shadow of the pinnacle to block the sun and create the halo effect around Danny. It was taken handheld using a 17mm lens and a graduated neutral density filter.”

Prescott’s image recently appeared in the Your Shot assignment Behind the Adventure.