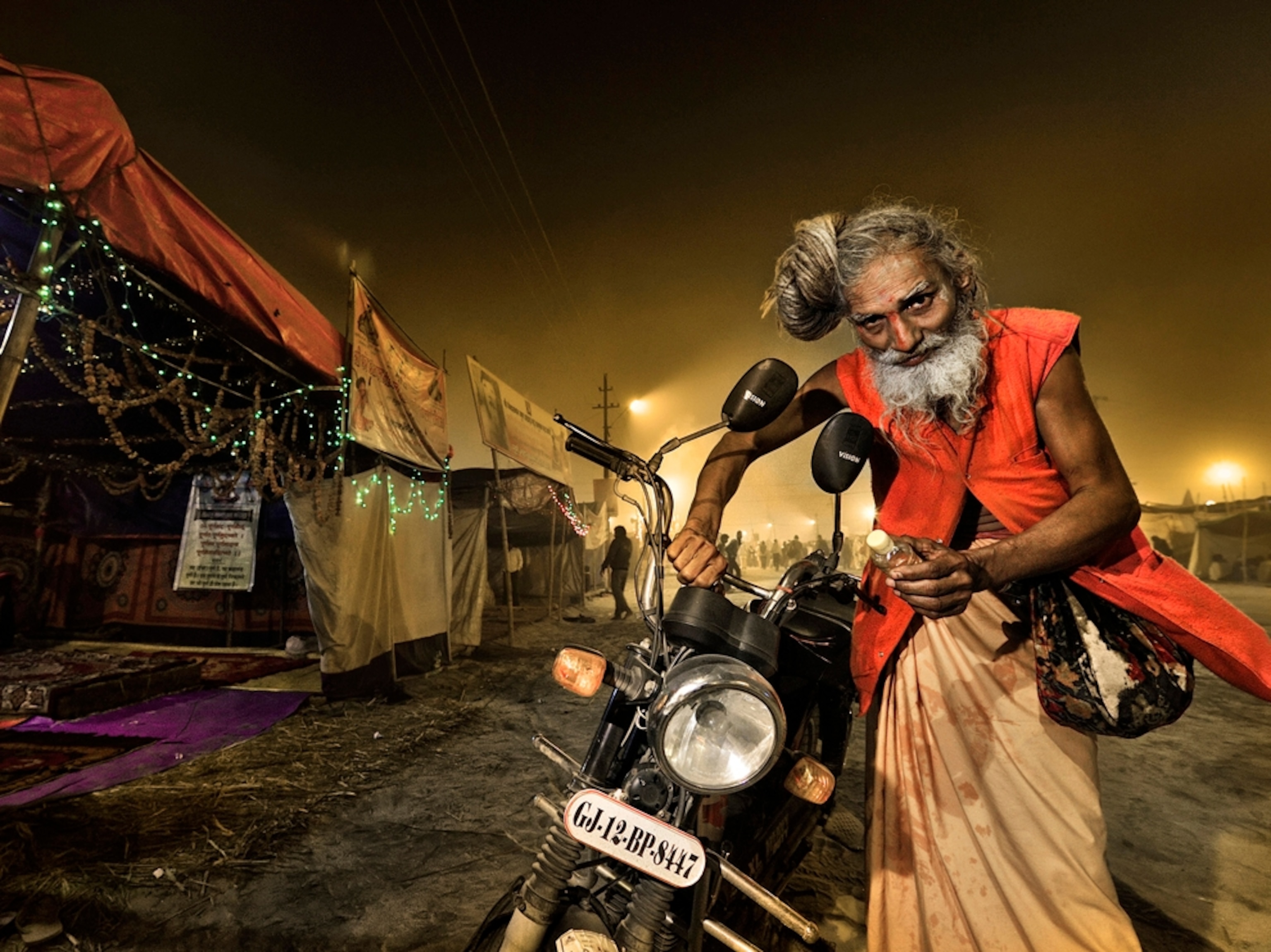 This photo of a sadhu was taken in Allahabad at Maha Kumbh Mela 2013. I was walking along a road in Kumbh when I saw the bike and sadhu near the tent. I stopped walking and waited. The sadhu left the tent and went near the motorbike. I took a step forward to get closer to the subject (I was taking the photo with a 14-24mm very wide optic) and I took the photo. The sadhu realized what happened only when the photo was taken, maybe for the best since I was able to catch his expression in a better way.

After I took the photo, he asked me to come closer to show him the pictures. I did that and he blessed me. It was a nice experience. I prefer to shoot people only after interacting. Just in a few cases, like with the sadhu and motorbike, I preferred to shoot without asking. —Massimiliano Sticca

(This photo was submitted to My Shot.)

Photograph by Massimiliano Sticca, My Shot