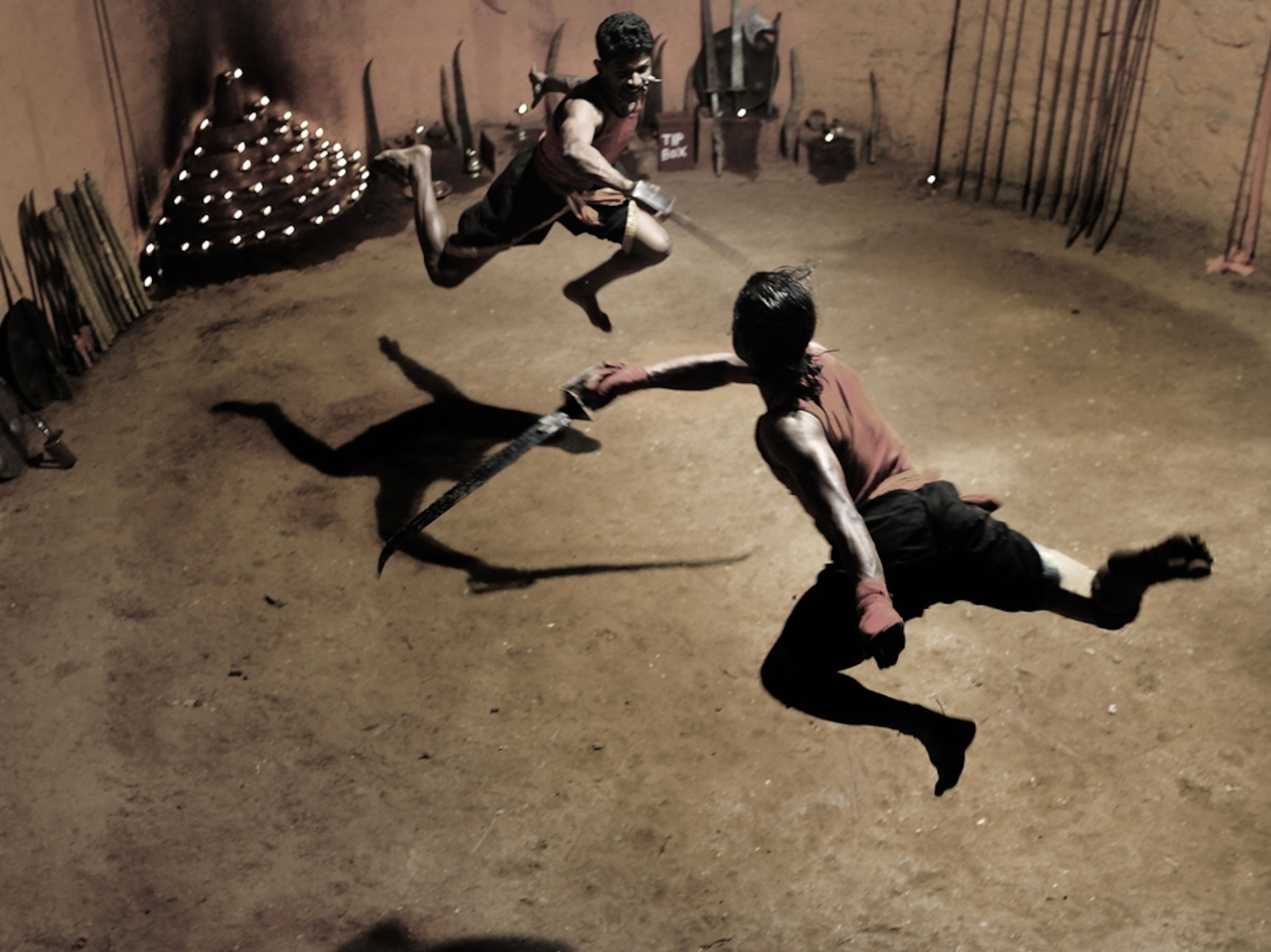 I found out that there was an evening show on the ancient art of Kalaripayattu at Punarjani Traditional Village, less than a few blocks from my hotel in Munnar, India. Being an avid fan of martial arts, it immediately piqued my interest. I had just gotten a steal of a deal on a National Geographic camera strap on eBay, and while I was in line, the ticket master noticed it and dragged me to the front of the line. So I paid and followed him to the VIP seating, perfect for getting the shot!

First I observed the light and the action of the fighters. The dimly lit arena just gave it that feel of an '80s kung fu poster, and I wanted to keep it that way. After a few camera adjustments and a few hundred missed shots I finally captured the two fighters in midair. —Armand Poblete

(This photo was submitted to My Shot.)

Photograph by Armand Poblete, Your Shot