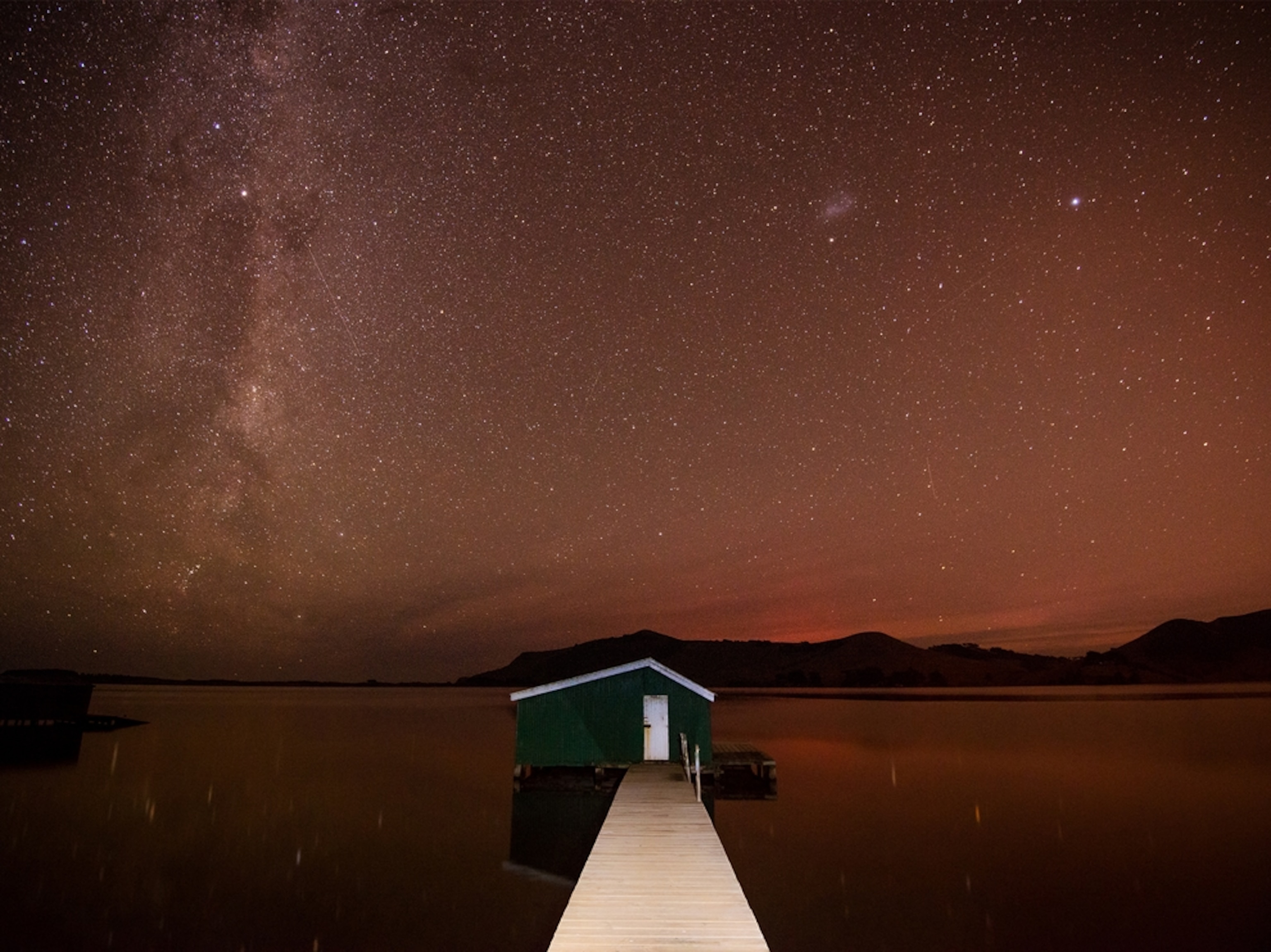 This was taken on the Otago Peninsula near Dunedin, New Zealand. I was hoping to capture some aurora activity. There was no aurora that night, but there was high humidity, so the light from the city was reflected over the entire sky, even though we were well away from the city. Instead of the usual gold or orange glow, the sky took on a red hue that was clearly visible to the naked eye.

Photograph by Stefan Mutch, My Shot