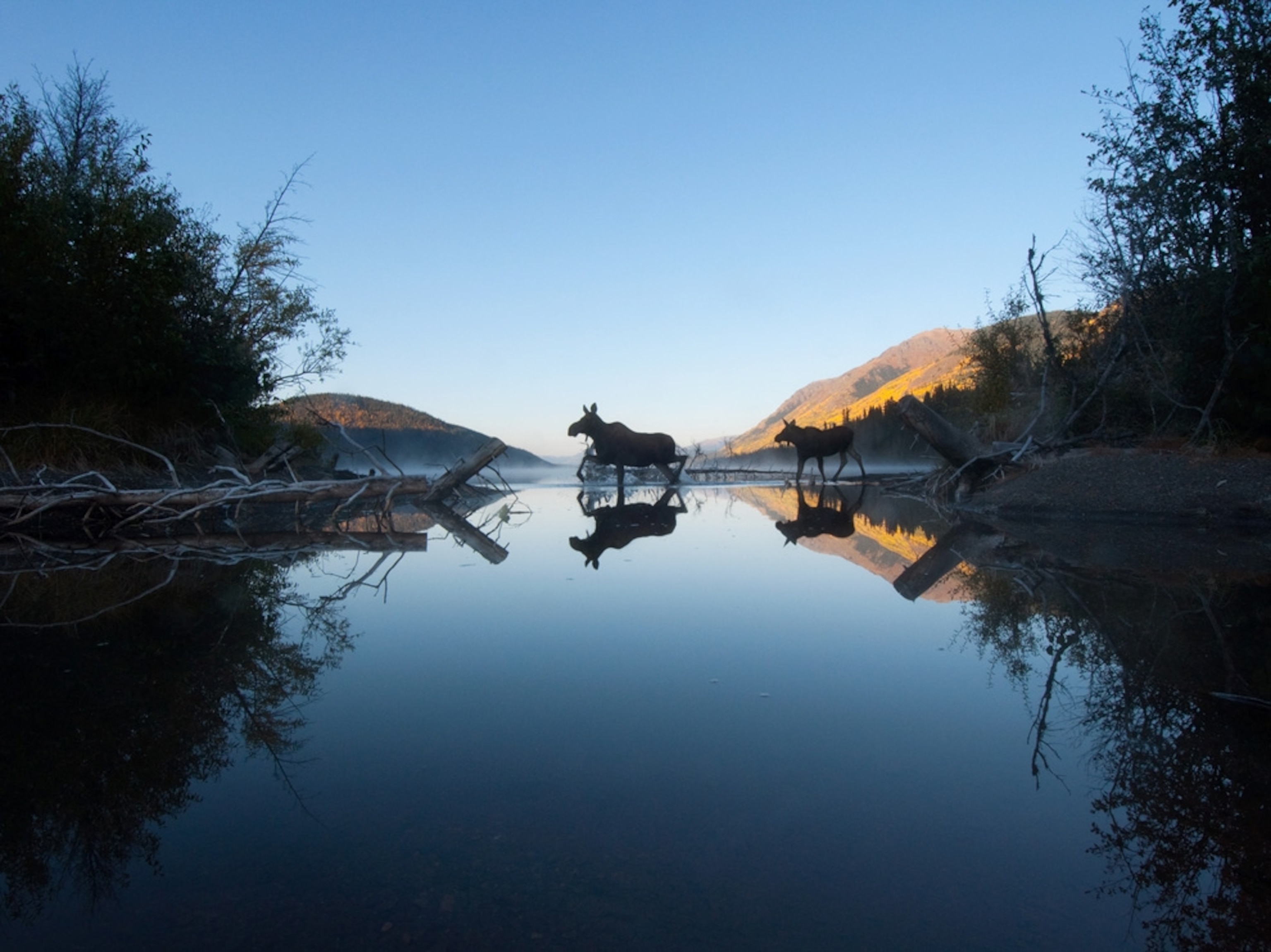 "In the three weeks that the camera was set, it captured images of about 12 moose, two wolves, and a grizzly. On the morning both of these shots were taken, I was actually canoeing back to the spot to take down the trap," he says. "While I was canoeing through the mist you see in the background, I saw the flashes pop and two moose trot away. Had I left five minutes earlier, I would have botched the two best shots!"

Colangelo's camera trap was part of the Sacred Headwaters project, a five-year effort to document a largely unknown wilderness area in northern British Columbia before gas and mining projects change the area forever. The efforts to protect the region resulted in the permanent ban of oil and gas exploration in the Sacred Headwaters.