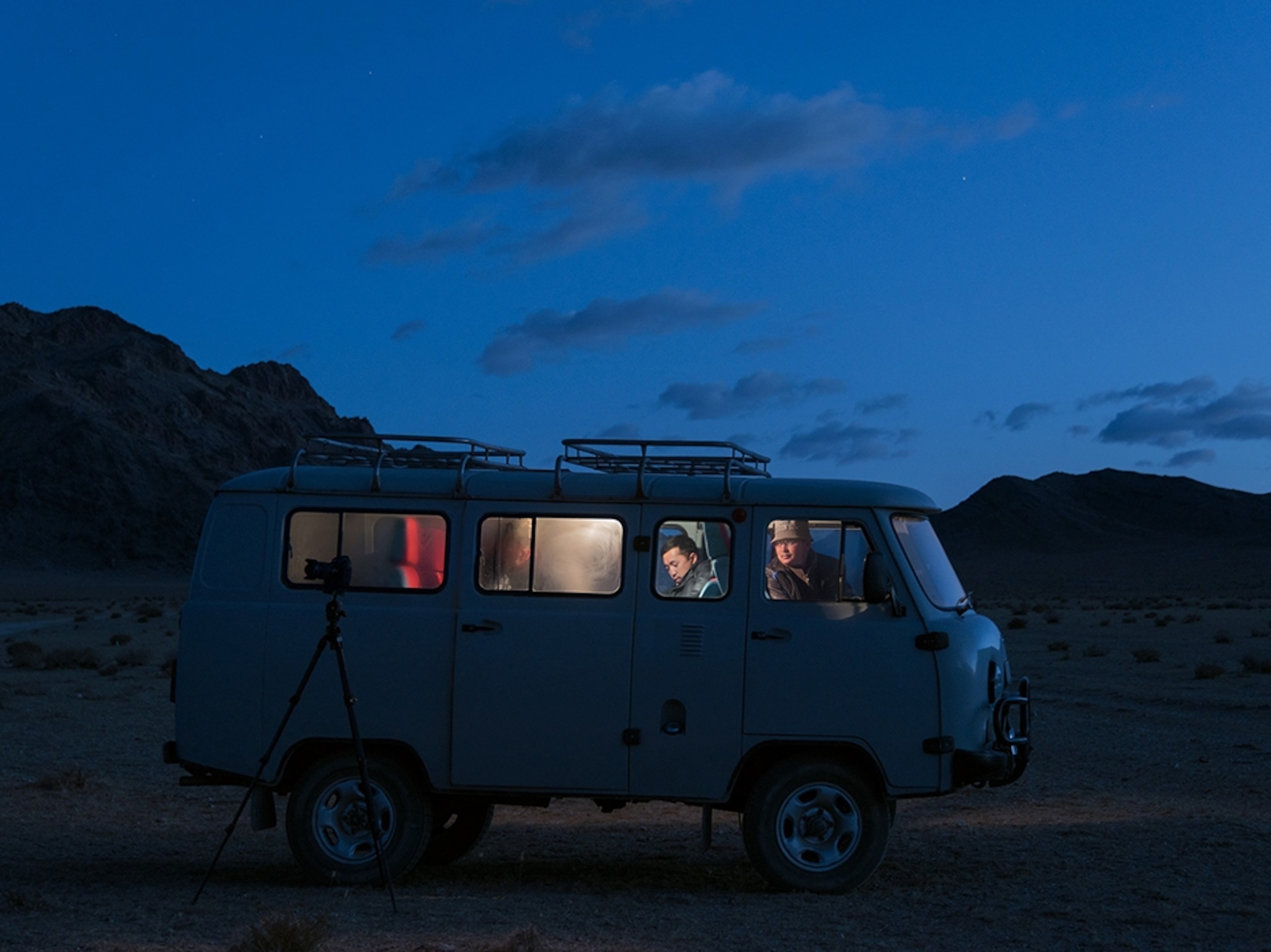 While traveling in western Mongolia’s Khovd Province, Your Shot member Terry Allen eagerly set out from her shabby hotel to capture sunrise shots in the Altay Mountains. “I had just set up my tripod in the predawn, and I glanced over at our van and saw the guys had the light on inside and were steaming it up making coffee,” she writes. “As an added touch, one of them had left his tripod set up outside the van. I framed the shot to include the indigo sky and the mountains and shot several frames until the windows fogged up completely.”