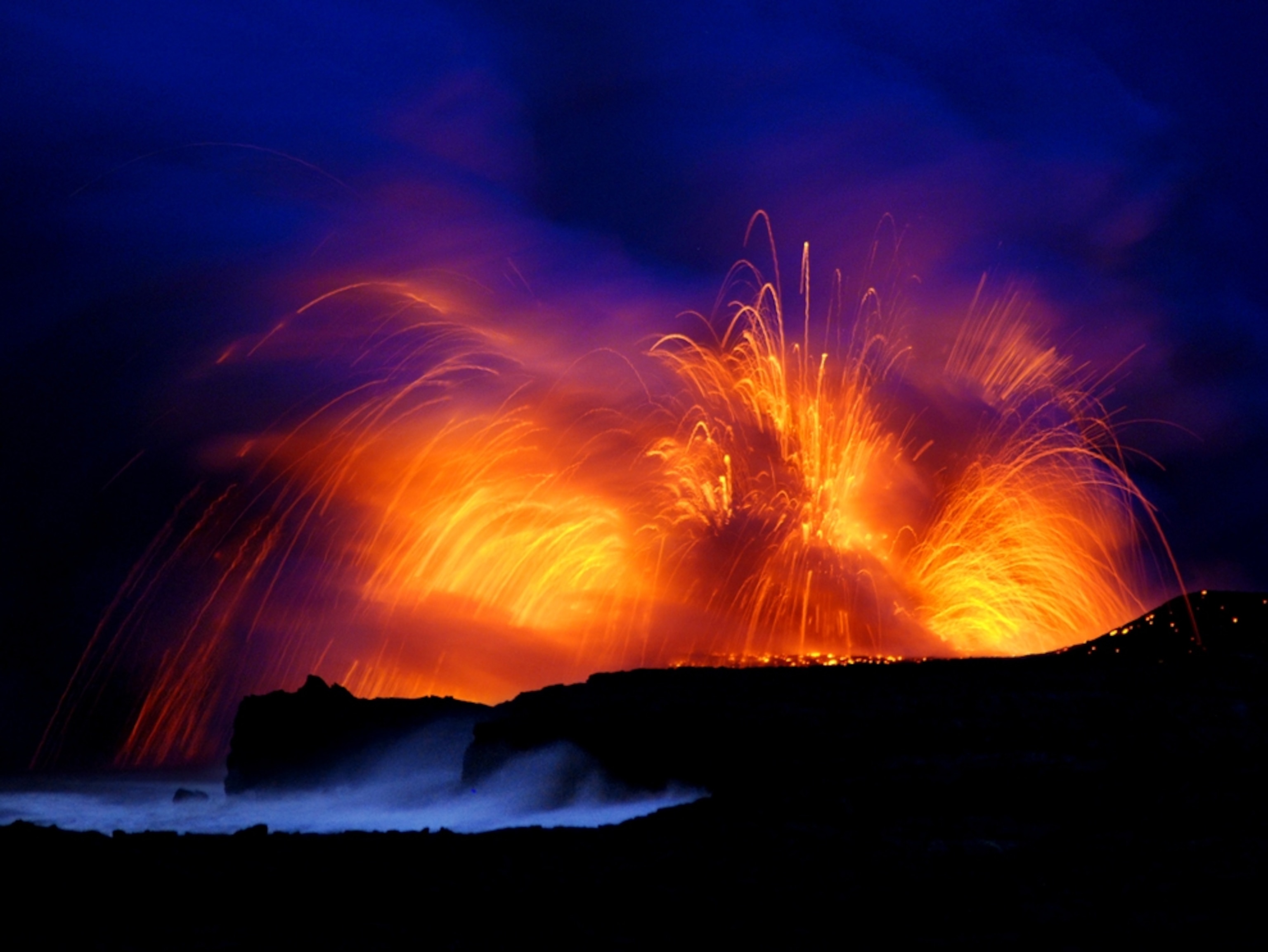 This Month in Photo of the Day: Nature and Environment

Lava from Mt Kilaeau flowed down the slopes via lava tubes into the ocean and the resulting violent explosions generated such large steam columns as to pull up waterspouts from the sea. This spectacular display continued into the night and also called down lightning from the sky.


This photo and caption were submitted to the 2008 International Photography Contest. See photo galleries, play jigsaw puzzles, and download wallpaper of images from more than 105,000 submissions.