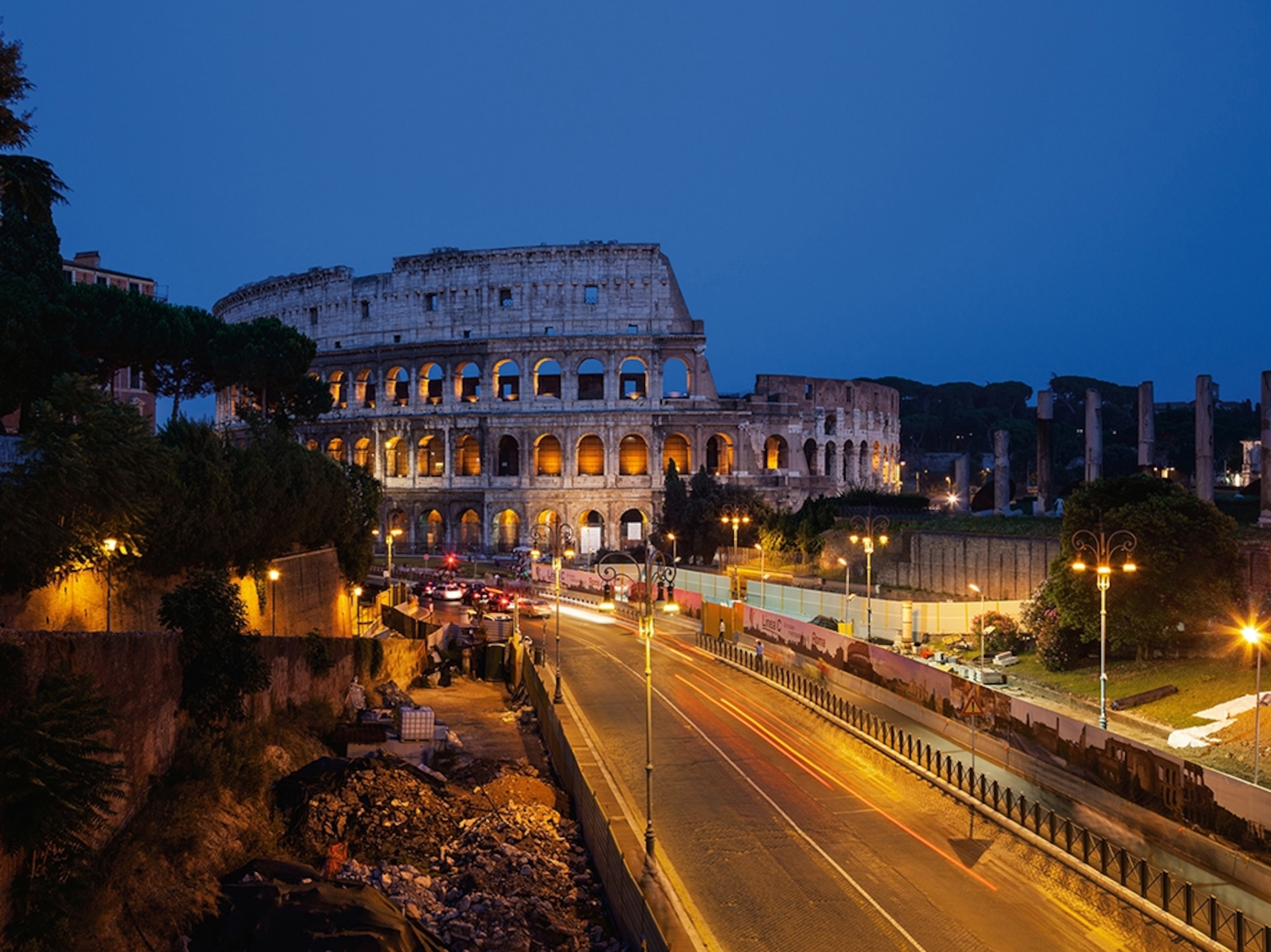 The successors of Roman Emperor Nero largely buried his legacy from view. Beneath the Oppian Hill (at left) the remains of the palace—the Domus Aurea, or Golden House—built by and for Nero are closed to the public. By contrast, the Colosseum receives more than 10,000 visitors a day.