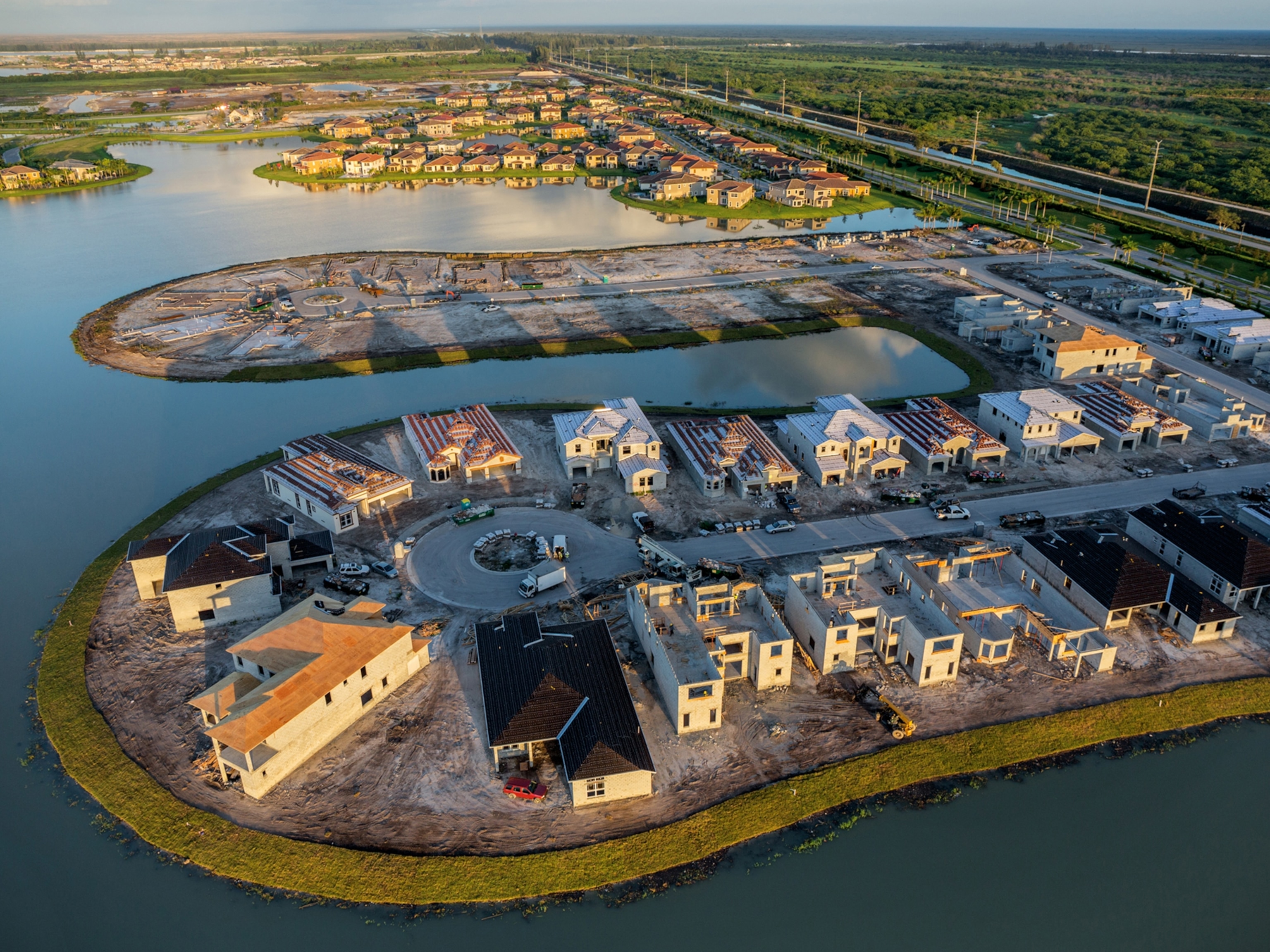 Home on the Water

Some 2,100 miles of canals built over the past century to drain the Florida Everglades empty into the Atlantic Ocean. Higher seas have already allowed salt water to flow inland through the canals. Gates now keep out most salt water, and massive pumps, including on the Miami River, keep canals from overflowing by pushing excess rainwater out to the ocean. Given just two feet of sea-level rise, more than 80 percent of the gates will no longer work. In Biscayne Bay the Venetian Causeway connects Miami Beach to Miami by way of the six man-made Venetian Islands, which epitomize waterfront living. The canals have made developments at the edge of the swampland possible in places like west Palm Beach County (pictured here).

Learn more about George Steinmetz's trademark technique of photographing from a motorized paraglider on Proof.