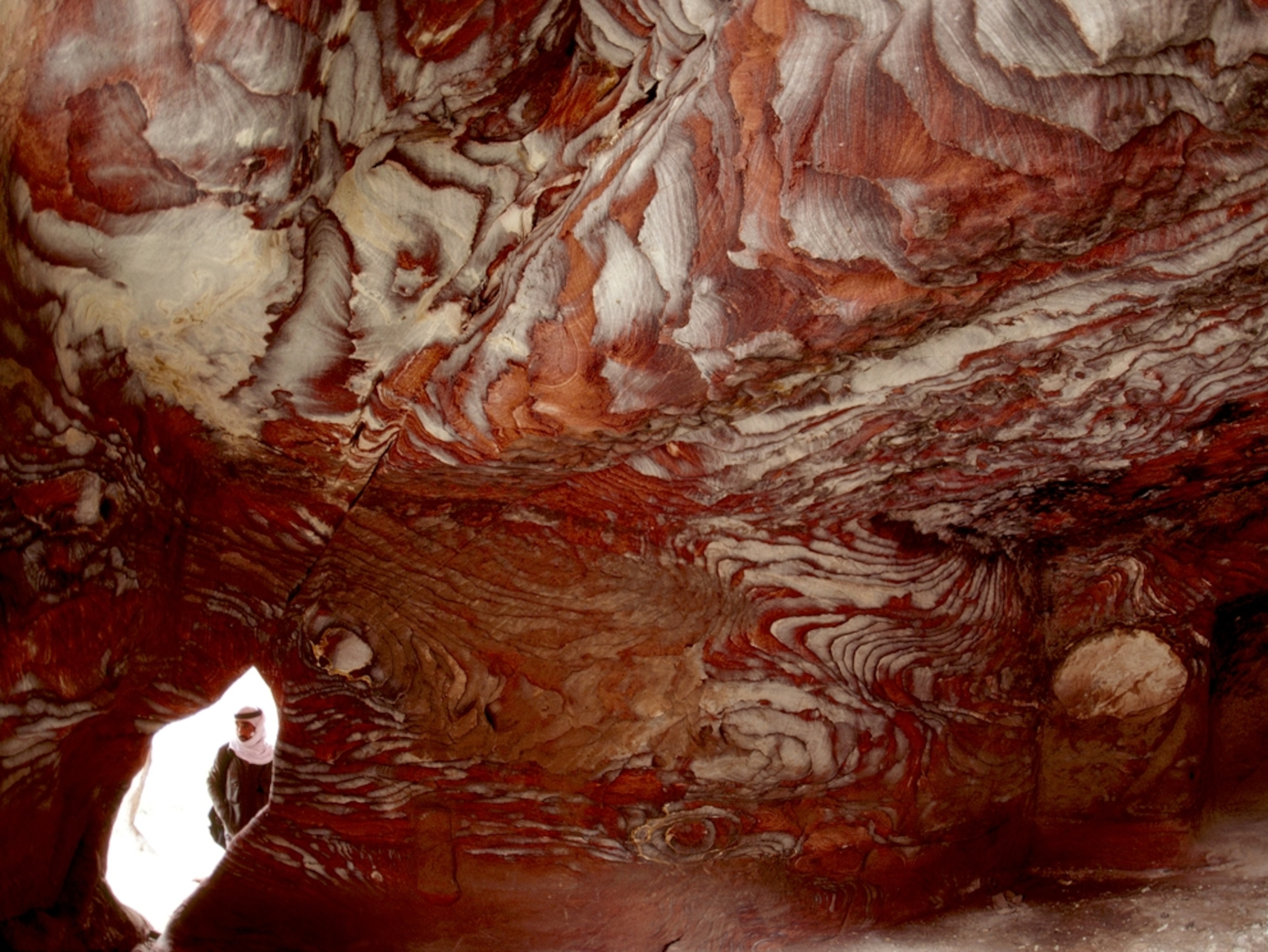 Hidden at the end of a long ravine, the buildings of Petra, Jordan, were carved into sandstone cliffs by the Nabataeans around 312 B.C. After annexation by the Romans in A.D. 106, the city—once a hub of commerce—became less important as trade routes developed along the Red Sea and Nile River. Petra is now protected as a World Heritage site.

(Photo shot on assignment for, but not published in, "Jordan: Kingdom in the Middle," February 1984, National Geographic magazine)