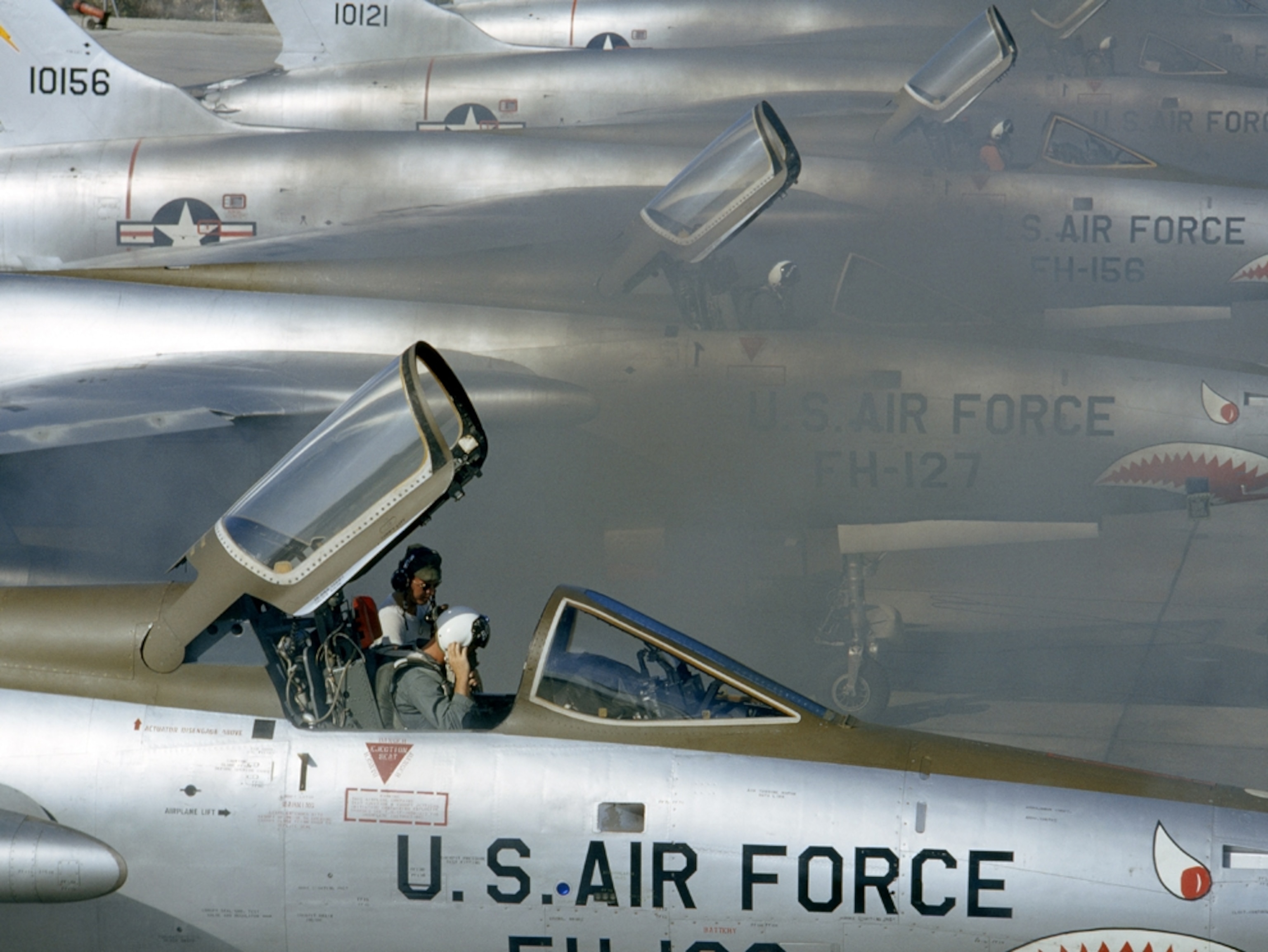 A haze of smoke veils the silver snouts of the "Flying Tigers," an F-105 squadron which, at the time of this 1965 photo, was on temporary duty at Hickam Air Force Base in Hawaii. Flight crews used black-powder charges to start each jet's powerful engine.