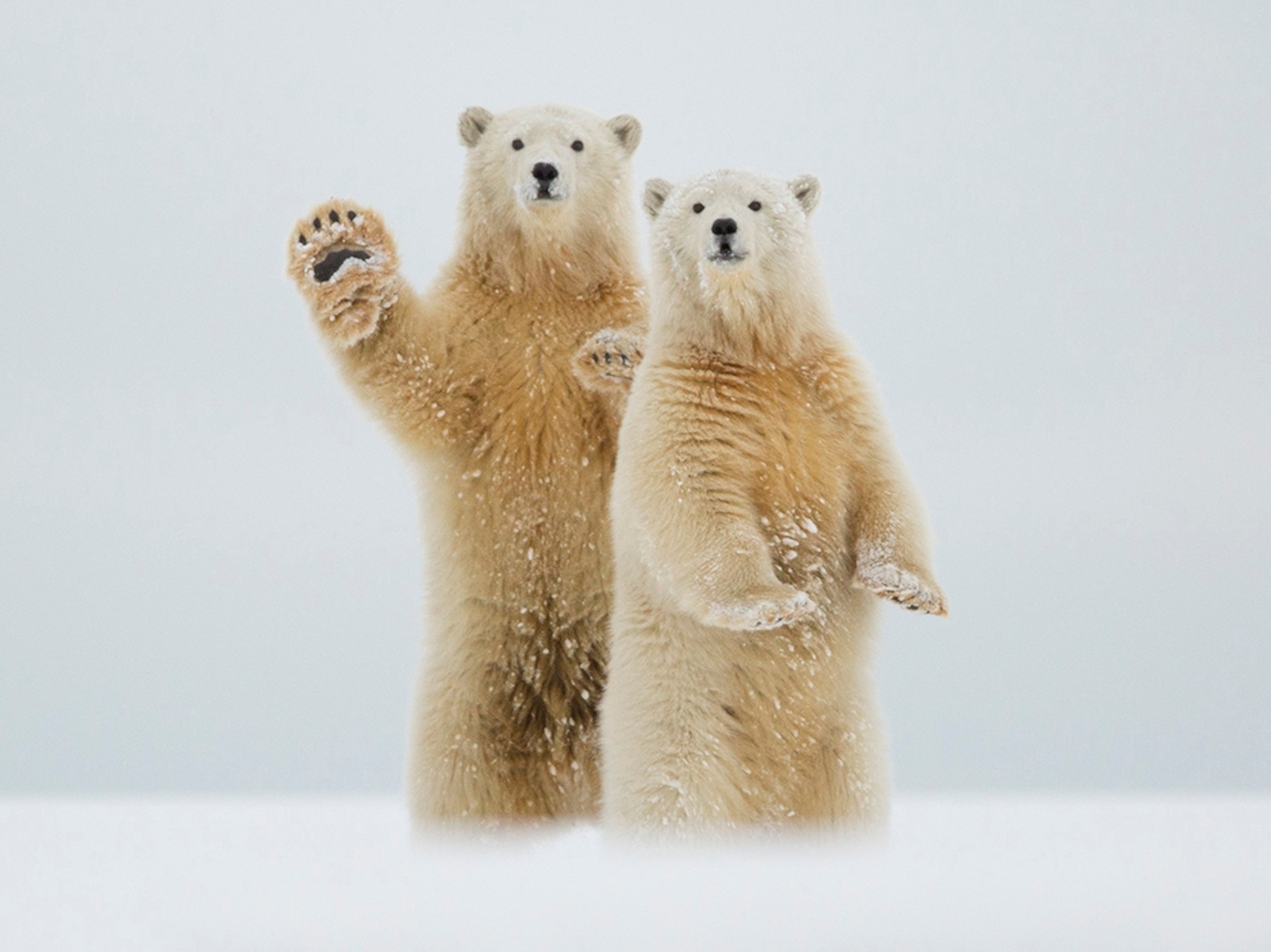 “It was a surreal experience to be in the presence of these magnificent creatures,” writes Your Shot member Laura Keene of photographing this seemingly approachable pair of bears in Alaska’s Arctic National Wildlife Refuge. Keene says they stood and appeared to wave in greeting when a nearby pair of cubs captured their attention. Polar bears, she says, “congregate on the barrier islands off Kaktovik in northern Alaska every fall to partake of leftovers from Inupiat whaling [activity] before the Beaufort Sea freezes and they move on to hunt seal.”

Keene’s image was recently featured in Your Shot’s Daily Dozen.