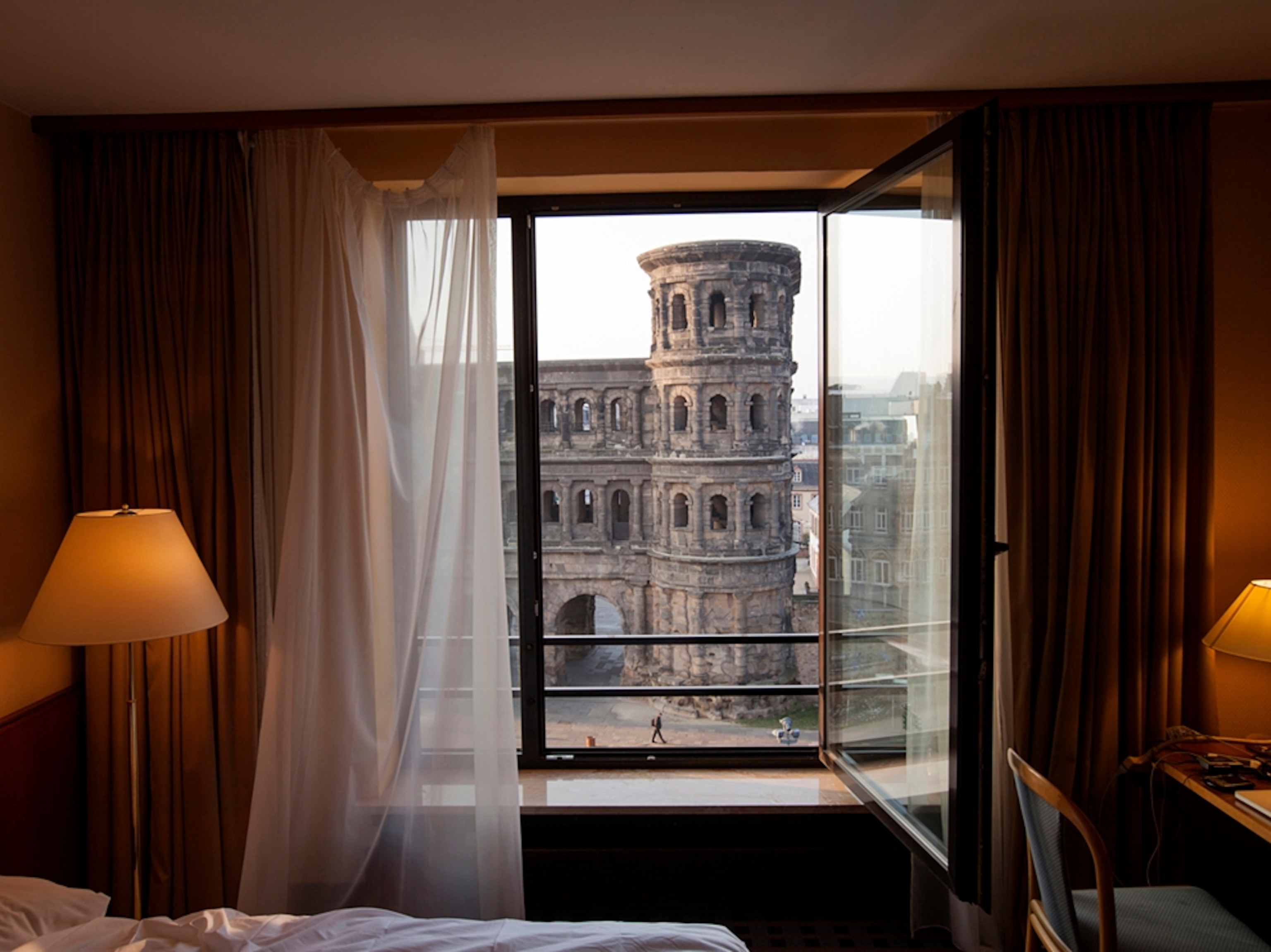 TRIER, GERMANY
The Porta Nigra, or "black gate," still dominates Trier, Germany. A hundred feet tall, it was built in the second century as part of four miles of walls. Trier was a major city in the late Roman Empire, even serving as a regional capital under several emperors.