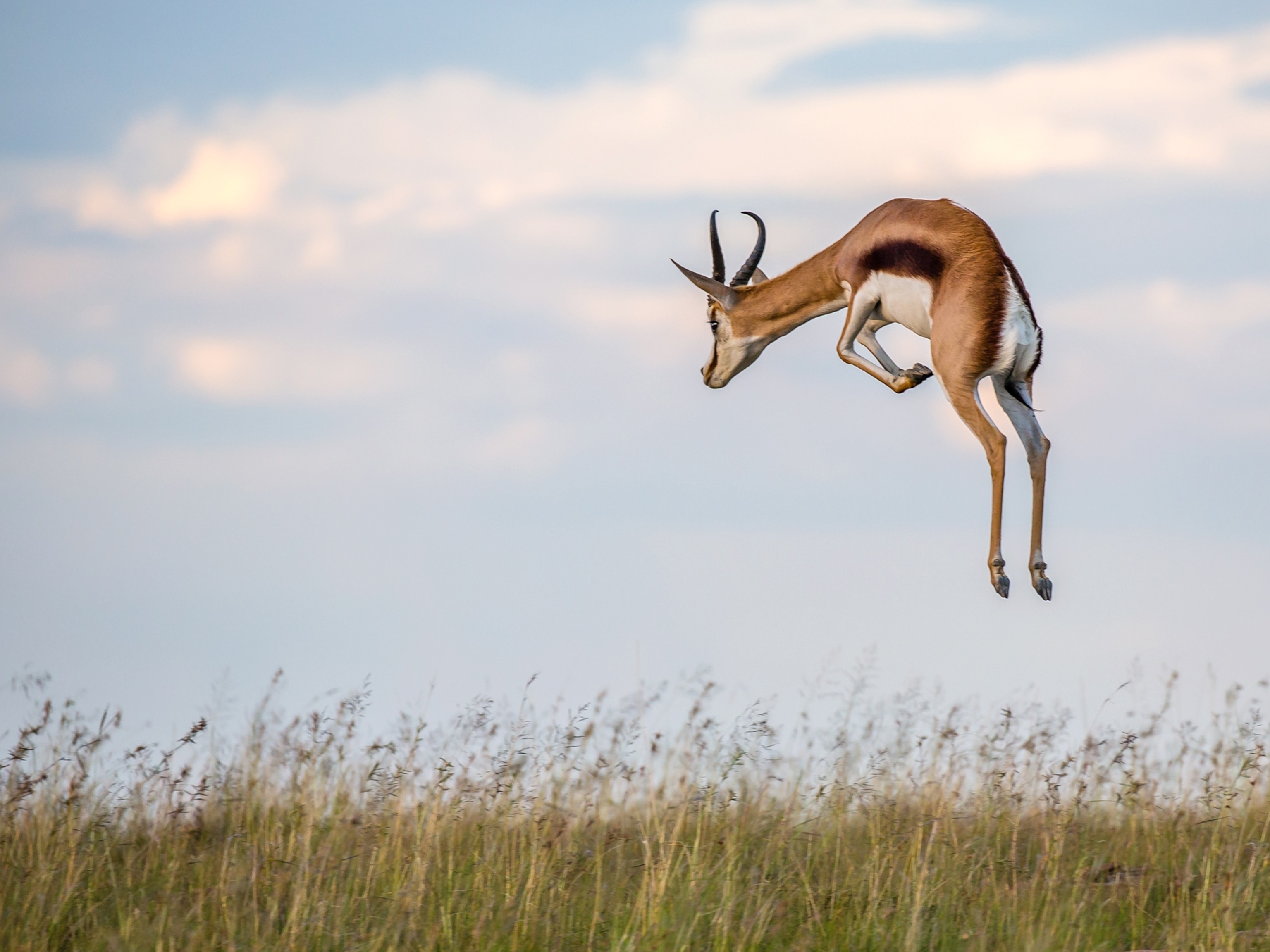 “I was on vacation in an area of South Africa where springbok are quite common, and I had a goal of capturing this behavior, called pronking,” writes Charles Jorgensen, a member of our Your Shot community. “On a self-drive safari in Mountain Zebra National Park, we found a plateau that attracted many herds of springbok, among other animals. After a few failed attempts at getting the shot, I came across a small herd. They started running, and one of them started to pronk, jumping to amazing heights. I fired away and managed to capture this animal in its acrobatic display.”