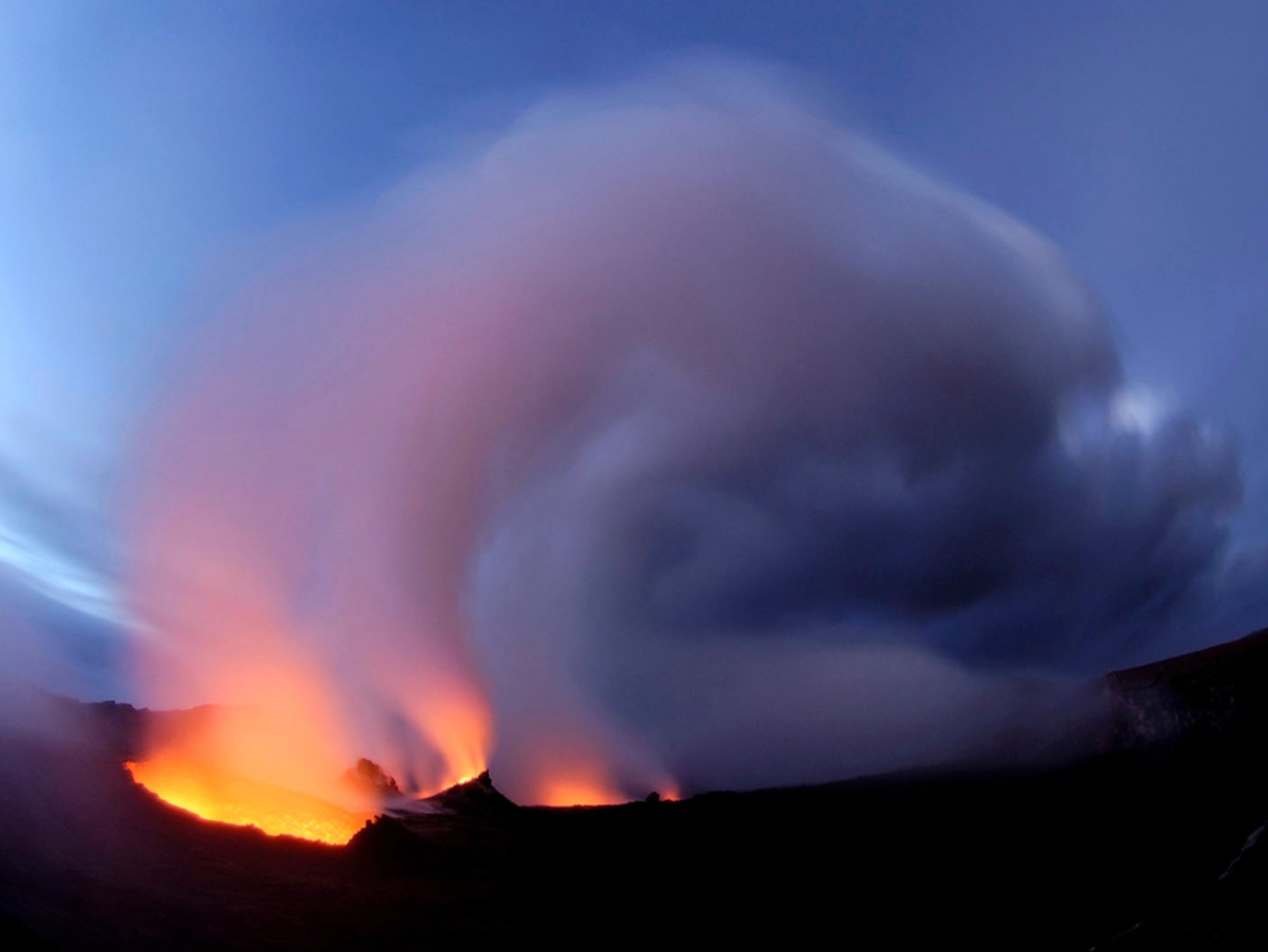 This Month in Photo of the Day: Images From the 2008 International Photo Contest

When Kilauea volcano's Puu Oo vent was active I visited it often. On this particular cold January morning the winds were light, which allowed the superheated gases and steam to rise straight up into the sky from the glowing and spattering vents within Puu Oo. The cold air pushed the hot plumes back down in a swirling motion at sunrise. This allowed for the beautiful colors. Shot with a Nikon Dslr and the Nikon 10.5 lens from the north rim of Puu Oo vent. 30-second exposure.