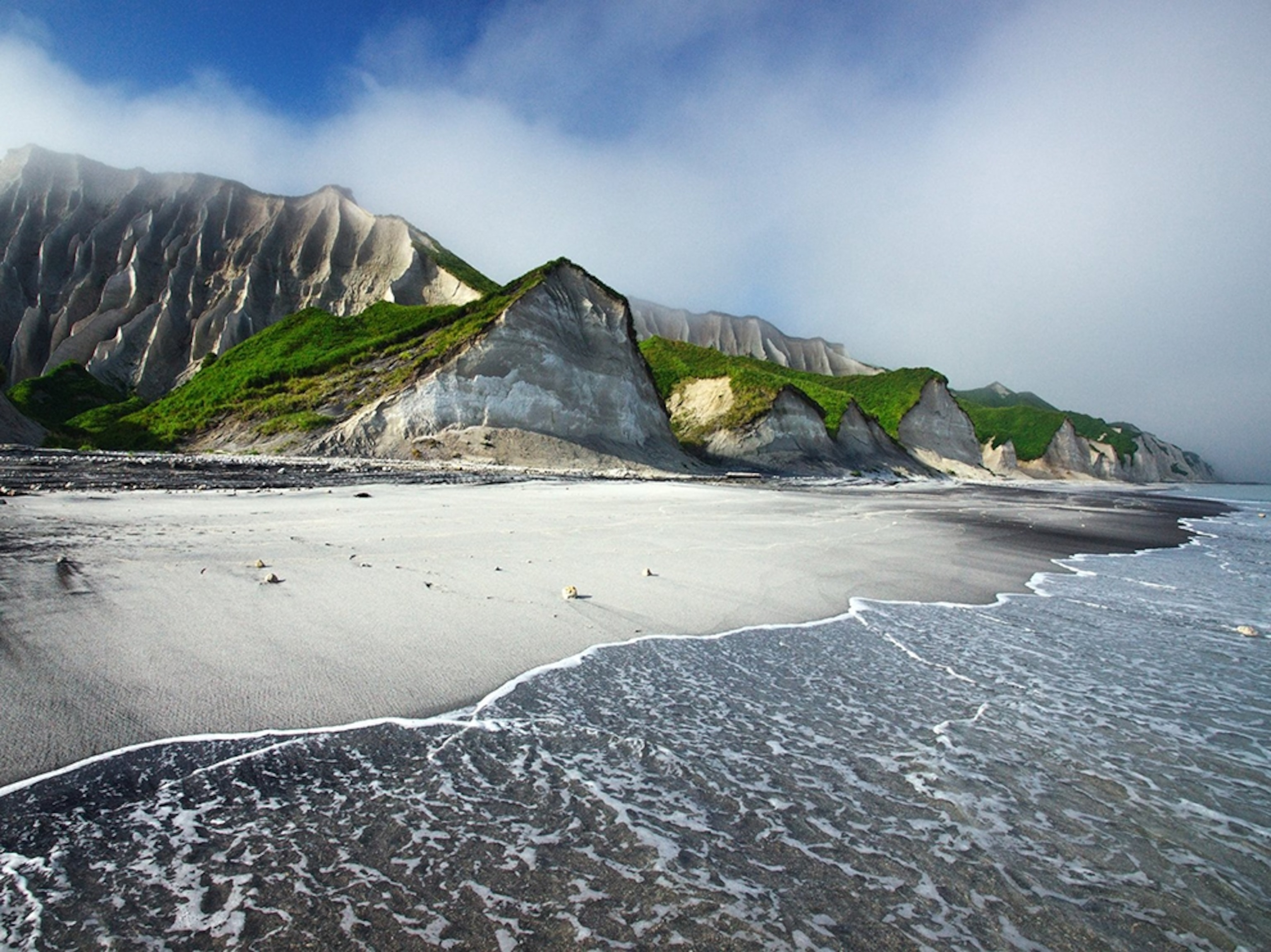 The White Cliffs of Iturup

White rocks have stretched for miles alongside the shore of the Prostor Bay. They are formed of a very light and soft pumice as a result of the huge volcanic eruption. This pumice is being eroded by the storms of the Okhotsk Sea, by the rains and numerous small rivers that form the amazing shapes of the rocks. At the foot of these rocks lies an unusual black-and-white beach, consisting of chopped white pumice and black lava sand. And every morning that we camped there, fresh bear trails appeared on this sand. Iturup island.