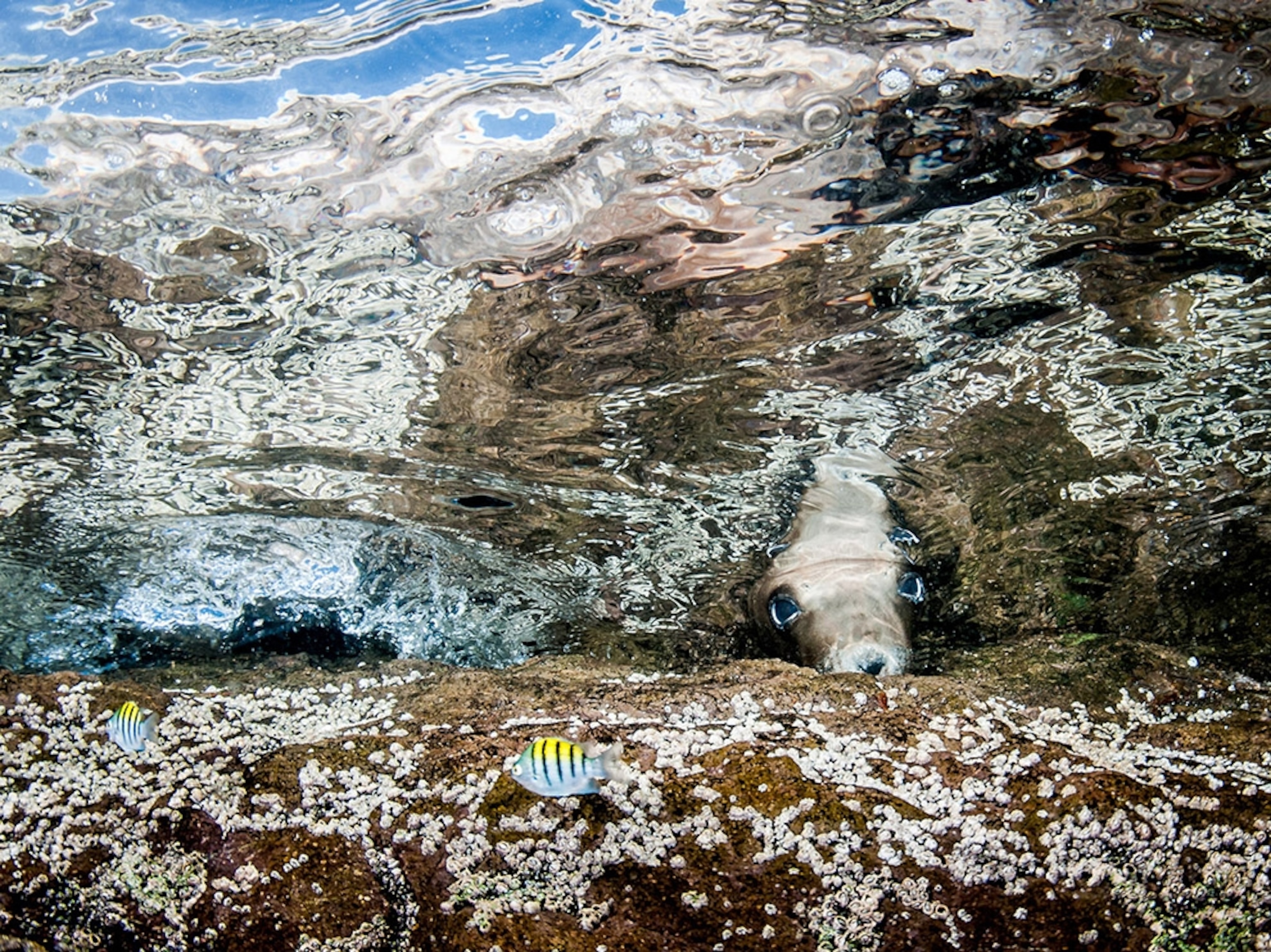 The Midriff Islands in the Sea of Cortez are home to large colonies of sea lions. Typically they are quite playful in the water and like to interact with divers, but I spotted this little pup on the rocks sunning itself. I was attempting an over/under shot split below and above the water. After several attempts of going in and out of the water and adjusting my settings, I noticed the sea lion was curious enough to stick his head under the water and see what I was doing. It was one of those rare moments in nature where you feel you actually connect to the marine life.