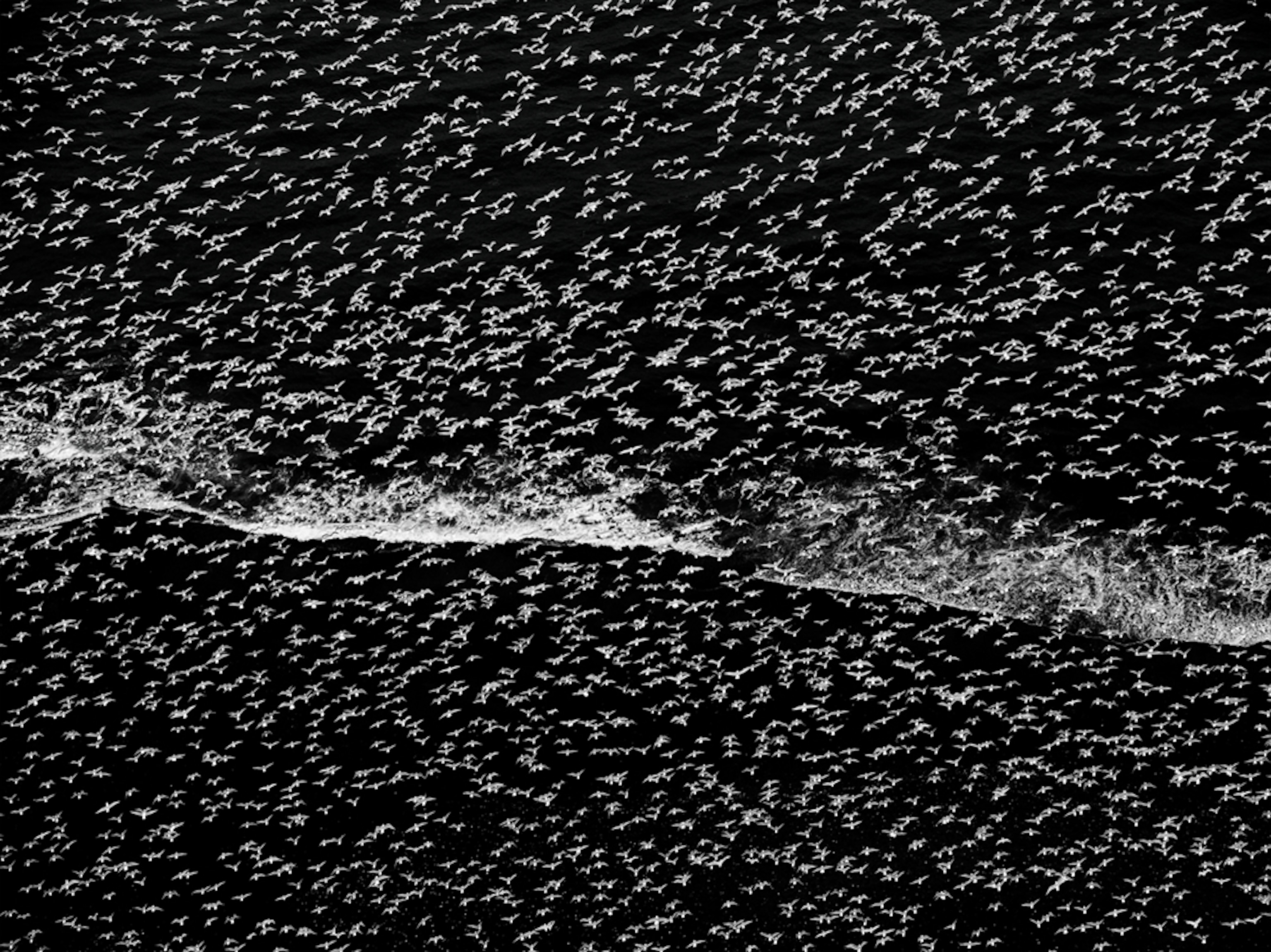 This image was taken while flying in a helicopter from Juneau, Alaska, to Cordova, Alaska. The four-hour flight routes through some of the most desolate areas of Alaska, including what is known as the Lost Coast. We were flying at elevations up to 15,000 feet near the Fairweather Range when my pilot wanted to then follow the coastline. As we turned the corner, the beach below was filled with what seemed to be millions of seagulls. The noise from the helicopter spooked the birds and wave after wave of gulls took flight below us. It was somewhat mesmerizing.