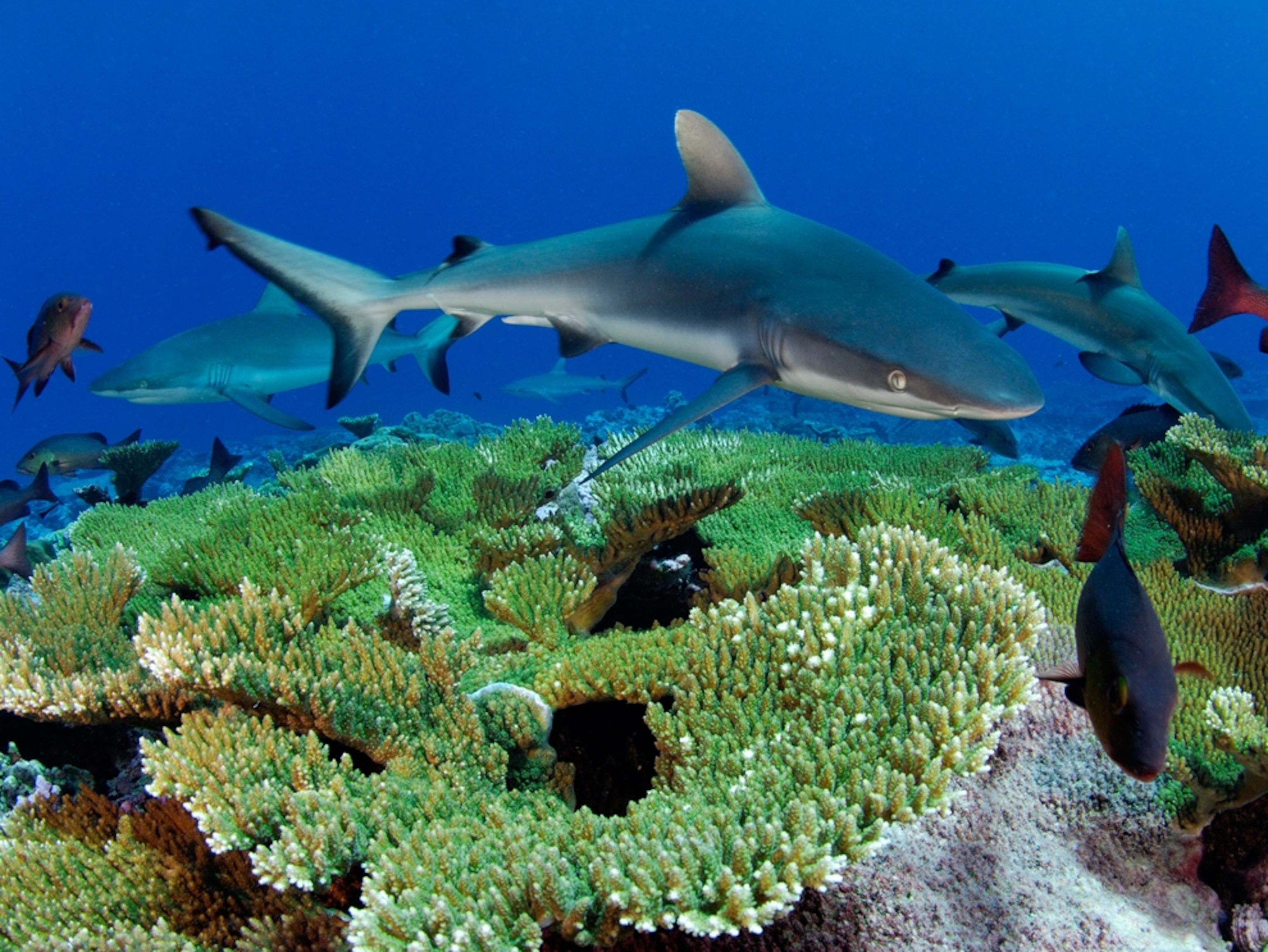 This Month in Photo of the Day: Nature and Environment

Gray reef sharks and red snappers hover above a patch of table coral, waiting for prey fish to emerge. "They go after everything that moves," observed Enric Sala, a marine ecologist on Spain's National Council for Scientific Research and a National Geographic fellow. Because of their abundance and the resulting competition for food, the sharks and snappers at Kingman Reef, Sala said, "are always on the verge of hunger." Kingman Reef is part of a chain of Pacific atolls and islands (called the Line Islands) that straddles the Equator south of Hawaii.