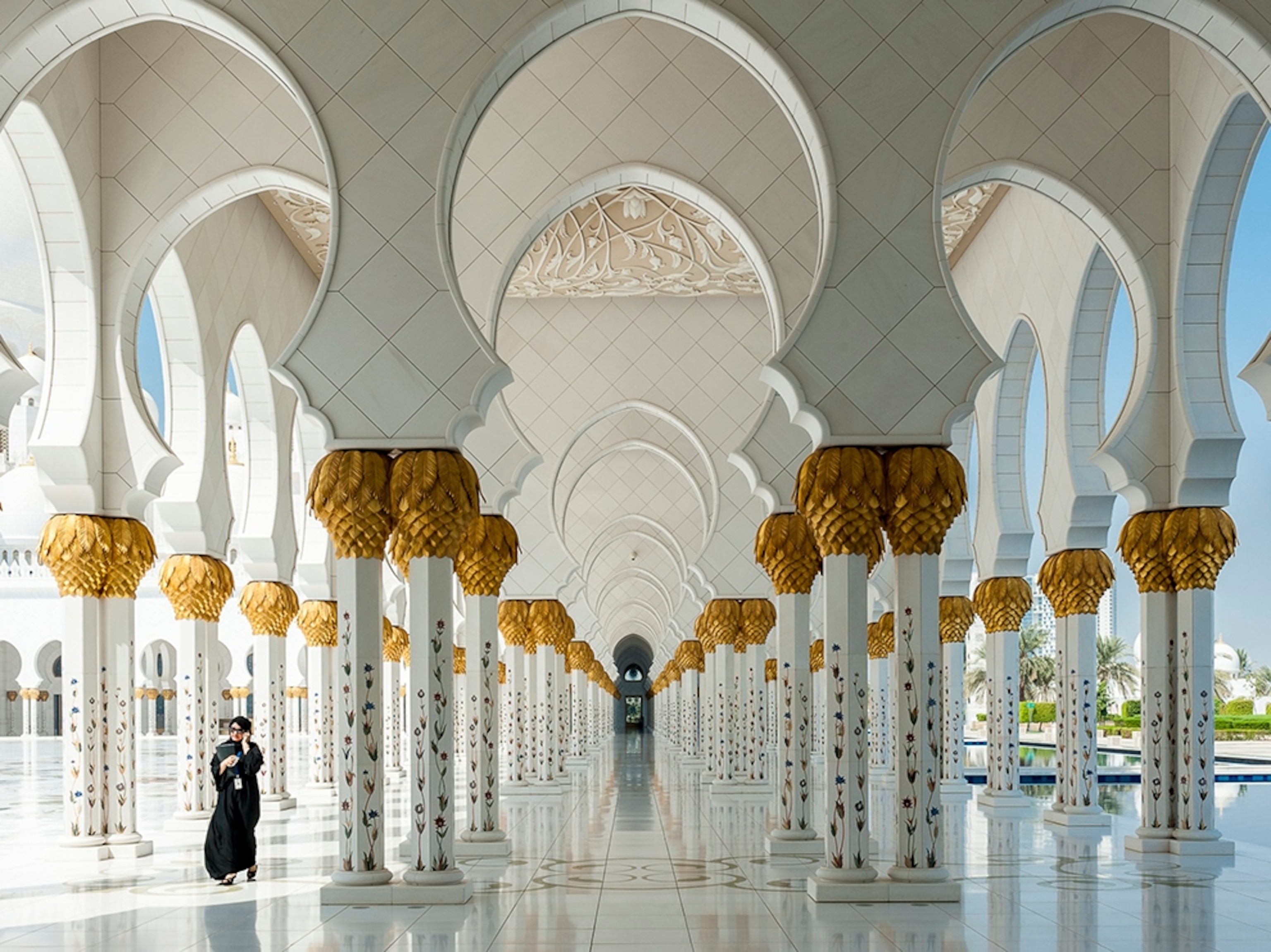 While traveling from the Netherlands to Nepal, Your Shot member Chris Wilde captured this photo of the Sheikh Zayed Mosque in Abu Dhabi. His layover lasted only a few hours, but that was enough time to visit the mosque, the largest in the United Arab Emirates. “I was intrigued by the bright white and golden colors against the blue sky,” Wilde explains. “I found this archway particularly appealing, with the symmetry and the side light. I composed a shot to bring out the symmetry; however, I felt the shot still lacked a focal point, so I waited for someone to walk past. Some time later a lady came down the center aisle. She shifted to the right, which was lucky, since this created a better composition with her in the border of the light and shadows.”