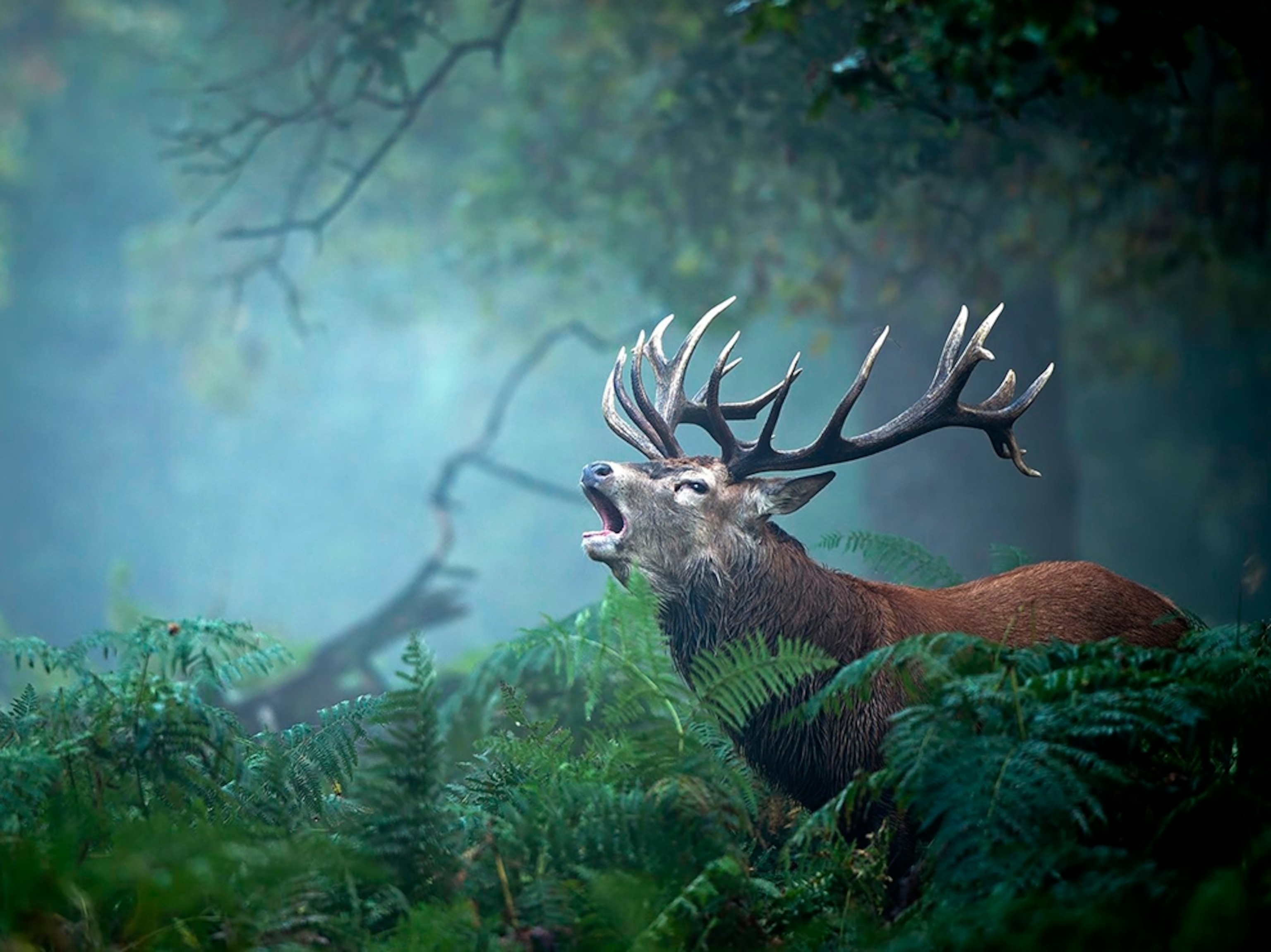 Your Shot community member Félix Morlán González captured this powerful image of a bellowing stag while in the United Kingdom in October 2014. The majestic sight moved him to make a photo that highlighted the natural setting and the power of this driven animal. “The idea was to [show] that cold atmosphere there first thing in the morning in the forest,” he writes. “For this I … framed the deer in vegetation. Light fog increased the strength of the image. I wanted to reflect in a natural way the beautiful spectacle of rutting, the spectacle of a great male bellowing. The males do not feed during the rutting season … For days they roar and fight with other males [and attract] as many females as possible.”