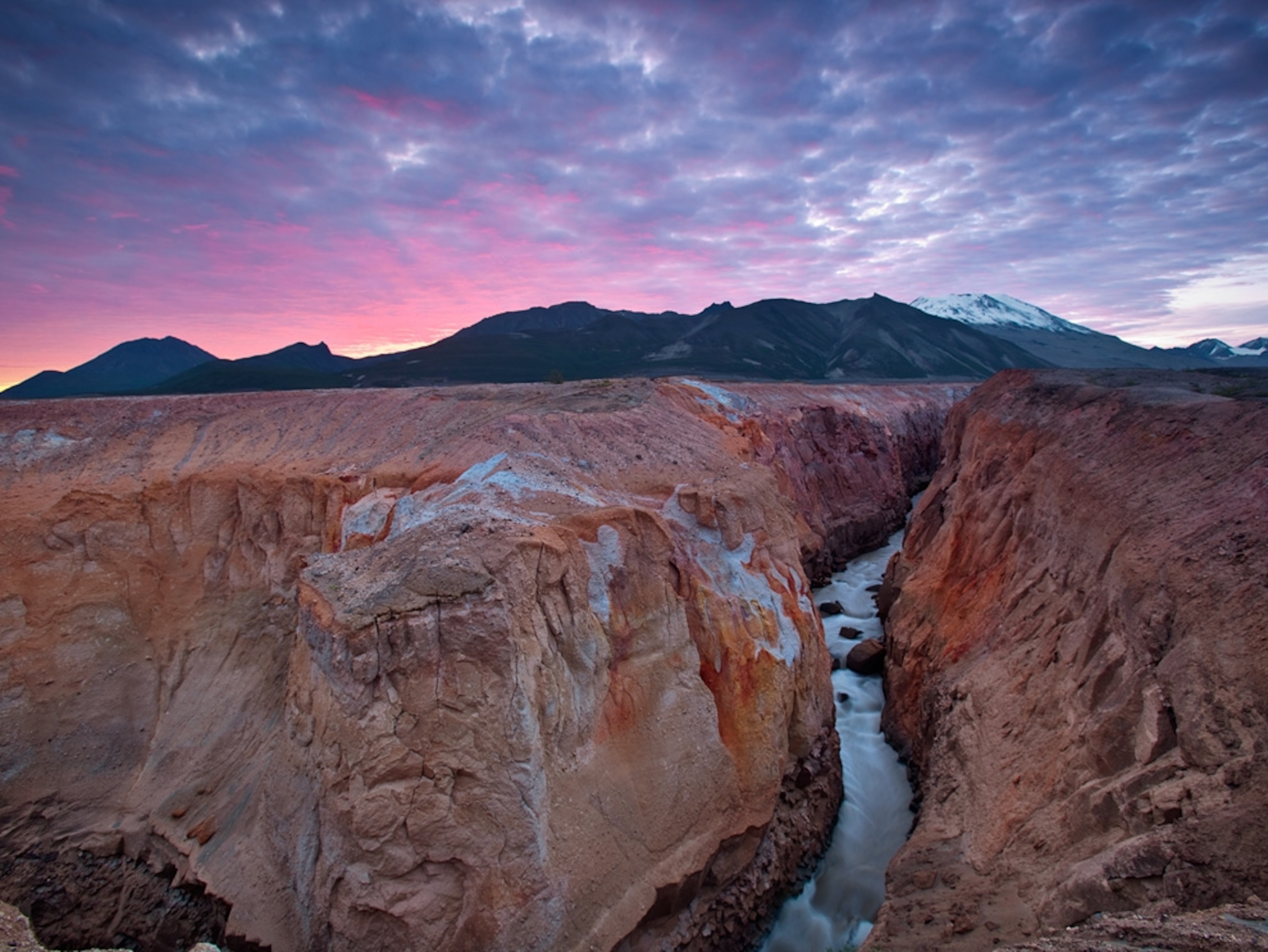 In the Valley of Ten Thousand Smokes a stream carves a canyon through rock formed during the 1912 eruption of nearby Novarupta Volcano. The snowcapped peaks are Mount Griggs and Mount Katmai (far right), part of an active system of ten volcanoes surrounding the valley, a hundred miles south of the proposed Pebble mine.