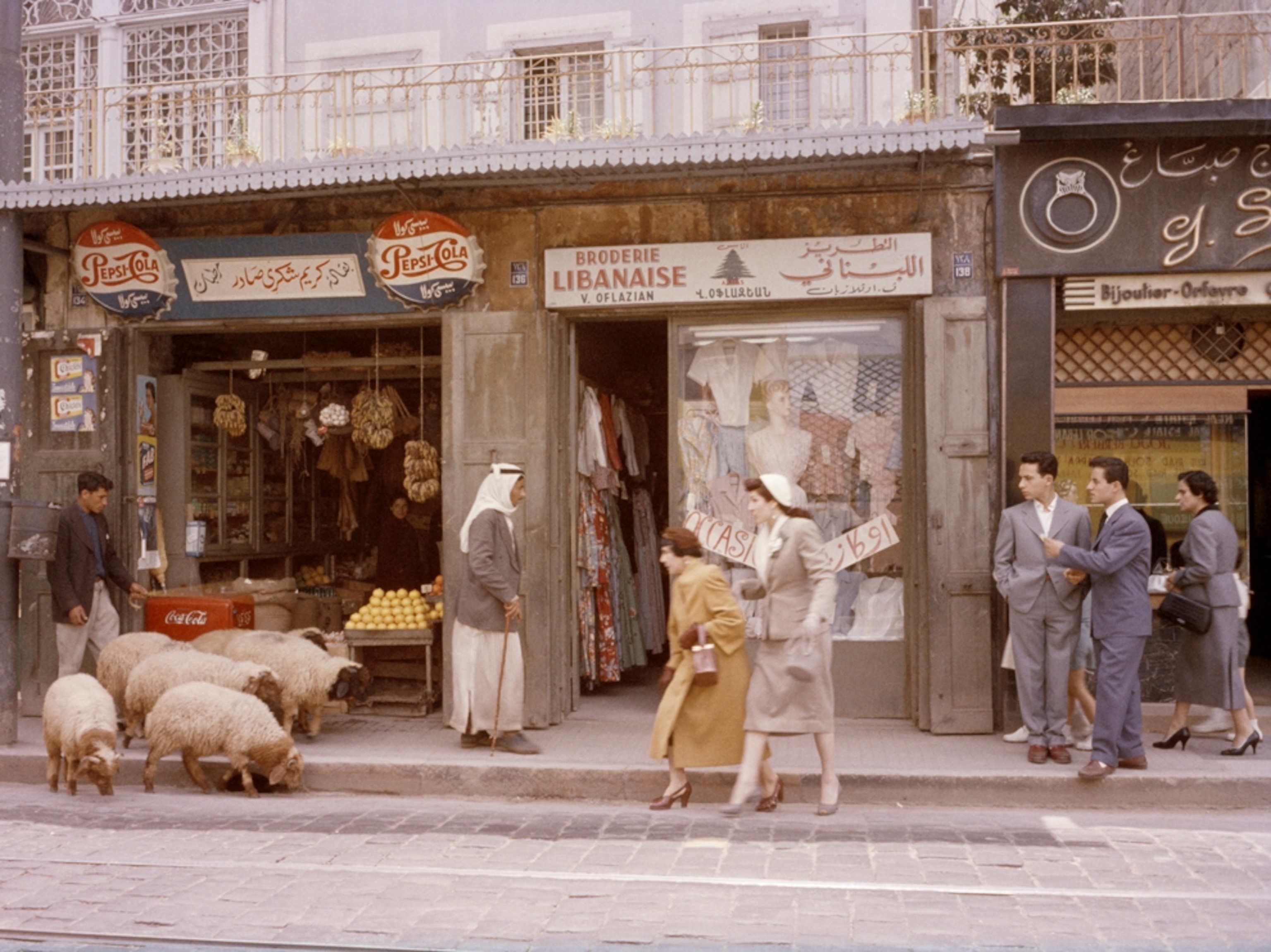 This photograph of a bustling street scene ran in the April 1958 issue of National Geographic in a story by Thomas J. Abercrombie about "Young-old Lebanon." The caption read, in part: "For variety, few cities can match Lebanon's bustling capital. Part Christian, part Moslem, Beirut combines East and West, ancient and modern. Contrasts stand out vividly in street scenes such as this on the Rue Georges Picot. … A sign over the blouse shop shows the cedar, Lebanon's national symbol. The market-bound shepherd in Near Eastern headdress and Western jacket icily ignores the latest European fashions."