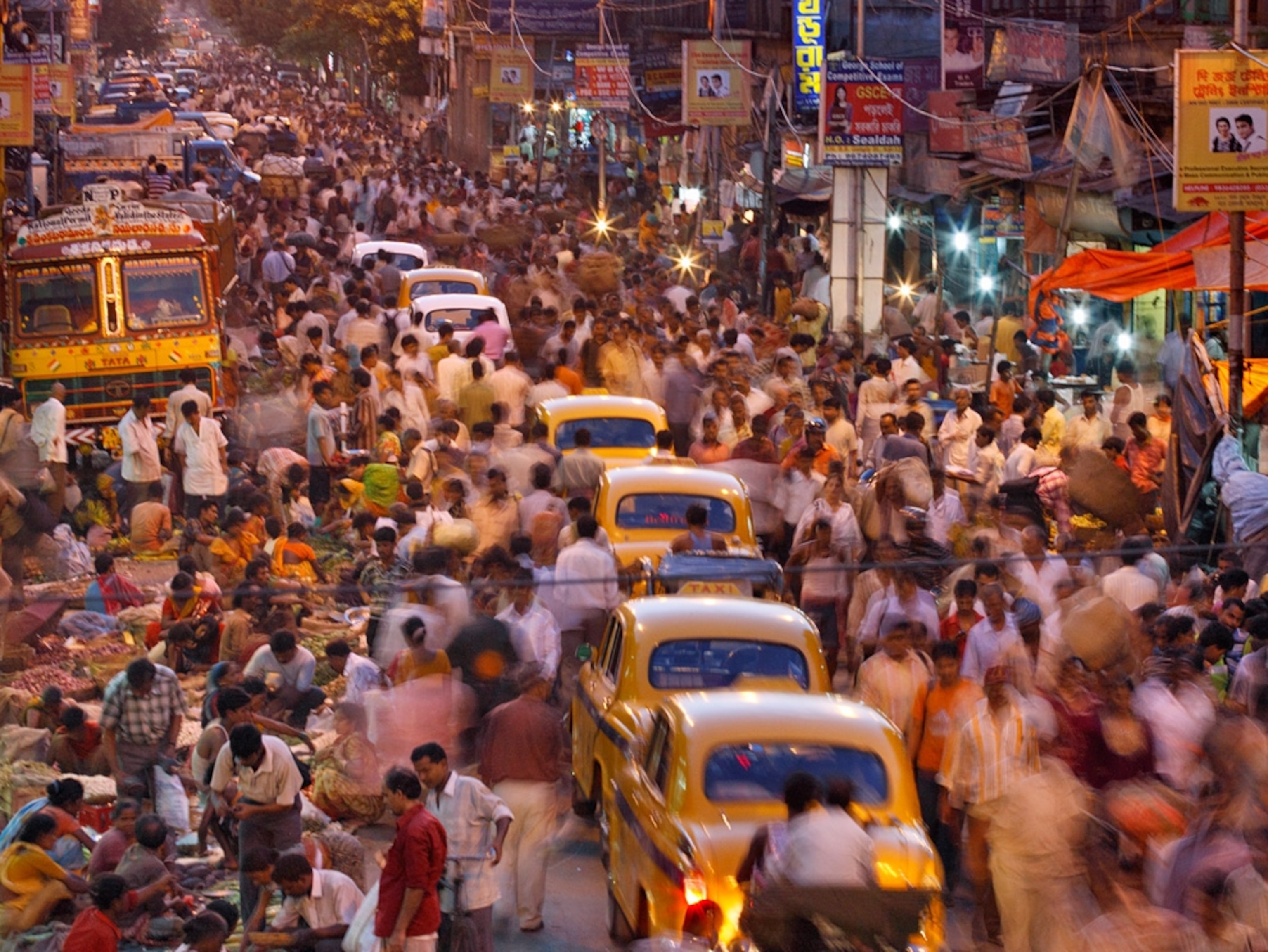 Its steaming streets crammed with vendors, pedestrians, and iconic Ambassador taxis, Kolkata throbs with some 16 million people—and more pour in every day from small towns. In 1975 only three cities worldwide topped ten million. Today 21 such mega cities exist, most in developing countries, where urban areas absorb much of the globe's rising population.