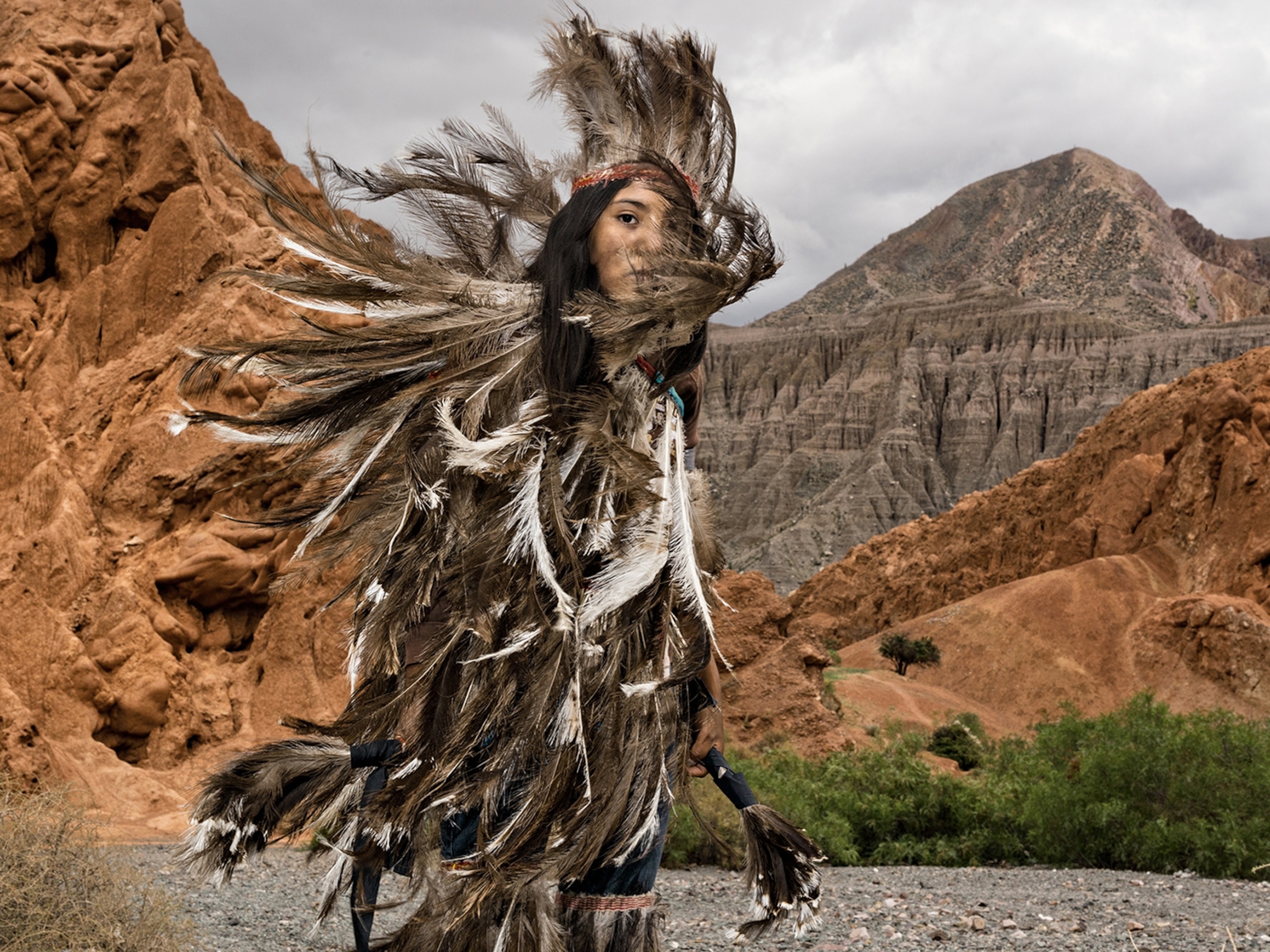 In Argentina’s Jujuy Province, the Suris, also known as Samilantes, are a cultural group within the Quechua community. This woman is Belén Cruz. Her feathered costume represents the nandu, or rhea, sacred bird of the Suris. Photographer Marco Vernaschi’s Biophilia Foundation looks to help indigenous groups preserve their cultural heritage by developing their own local economy through native products.

Vernaschi’s pictures are featured in the April 2015 issue of National Geographic magazine. His series, Bitter Harvest, is also featured on our photography blog, Proof.