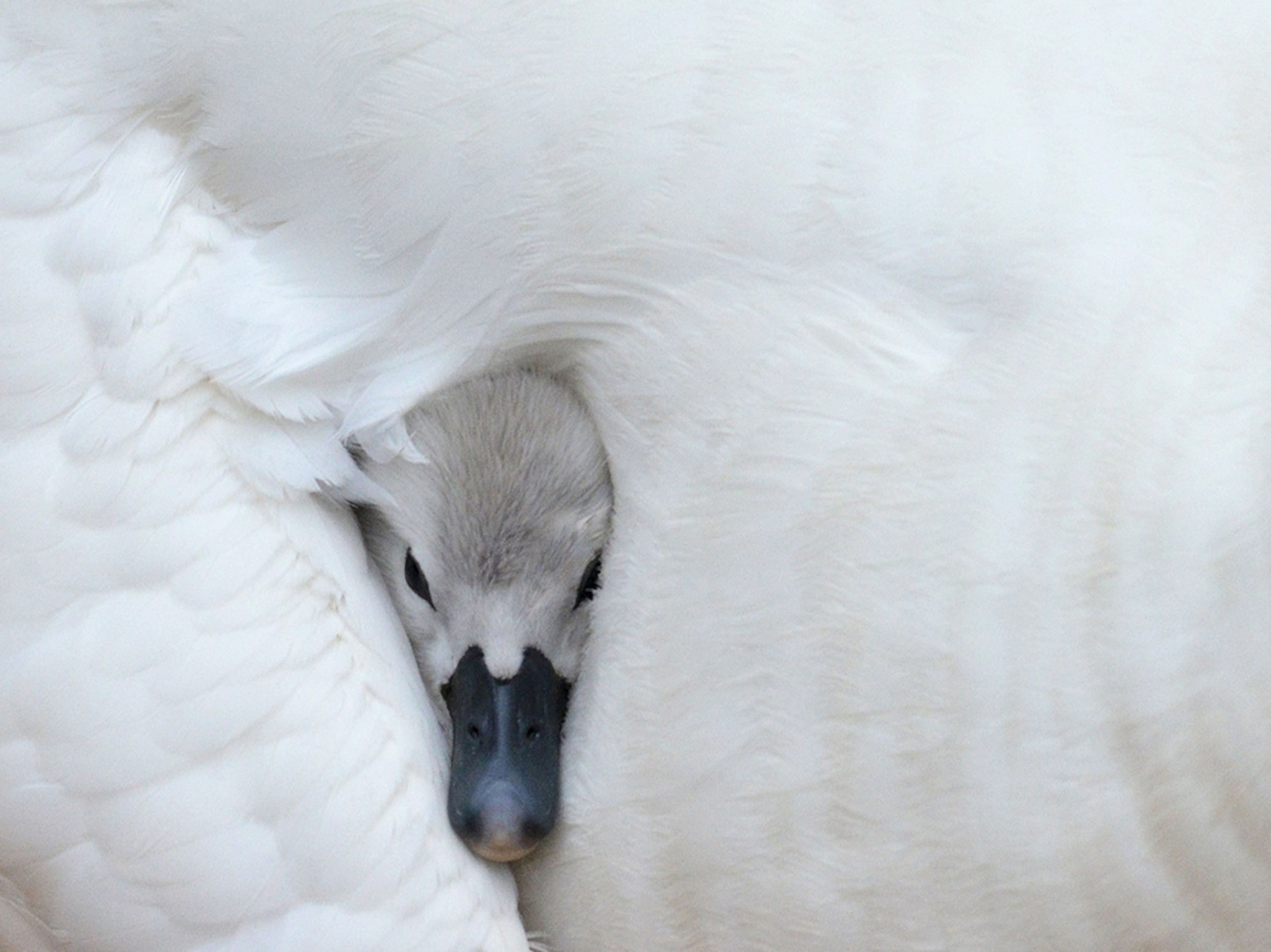 A cygnet peers out from its mother's wing at a local pond in Myrtle Beach, South Carolina. According to Your Shot member John Halvorson, the adult swans arrived in February, during an unusually bad winter. "I followed them daily through the mating cycle and the nest building," he says. "When we had a brutal series of ice storms and there was little for them to eat I took them cracked corn. I became a trusted friend, so when the chicks hatched I was allowed to sit close by and photograph the adults and the newly hatched chicks. I stop by frequently to check on them. Of six eggs, four hatched, and today only two survive. They are beautiful birds."