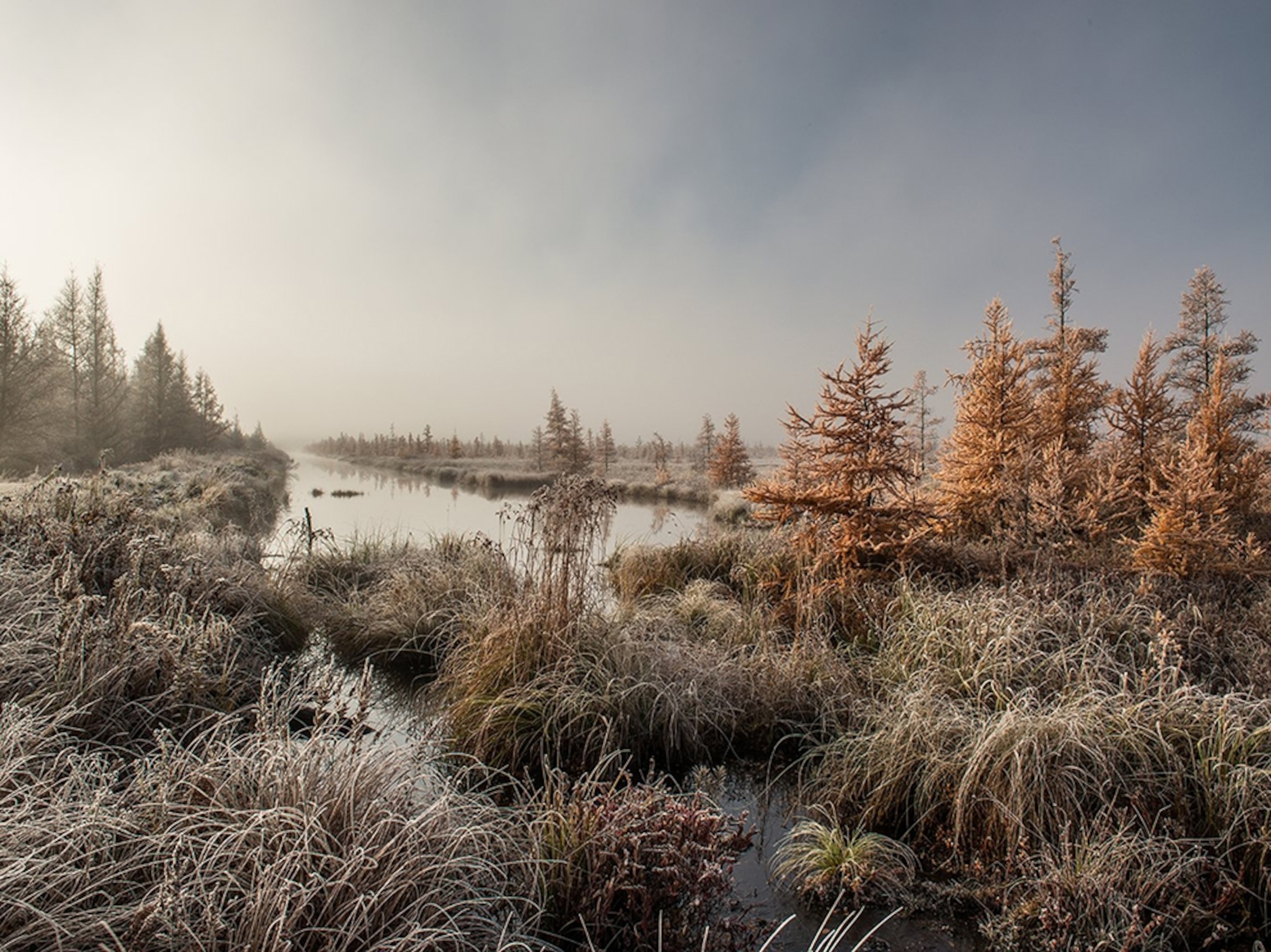 I had scouted out a few places for an early morning shoot in the tamarack swamps of Wisconsin. I searched and searched until I found this scene. With the sun barely breaking through the fog rising from the melting frost, the light lit up the tamarack in front of this ditch. The ditch faded into the mist, while the frost captured the early morning rays as everything glinted like it was covered in diamonds. I absolutely fell in love with the mood that this scene created. Just a few moments later, the sun rose high in the sky and melted all the frost, causing the scene to completely change.