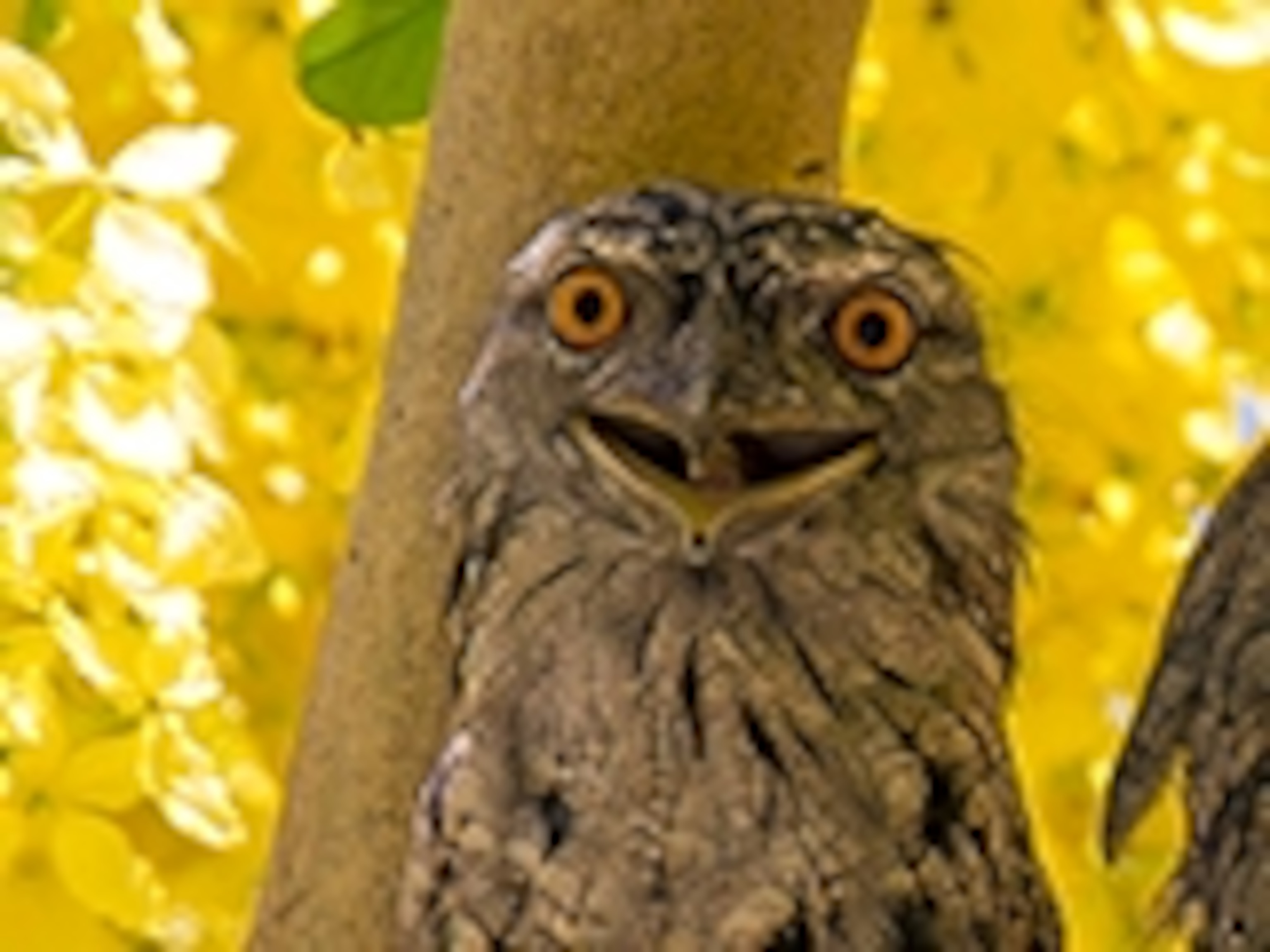 Tawny frogmouths gaze intensely from their perch on a golden shower tree in Queensland, Australia. Your Shot member Malcolm C. had noticed the tree on arrival in the small seaside village of Woodgate on the province’s southern coast. The birds, local residents of a large deck, had taken refuge in the tree during New Year’s celebrations. “Being wary creatures, they watched my every movement, so I was able to get good eye contact for just about every shot,” he writes. “In this shot they appear to be smiling, but the 'smile' is them panting, trying to keep cool."