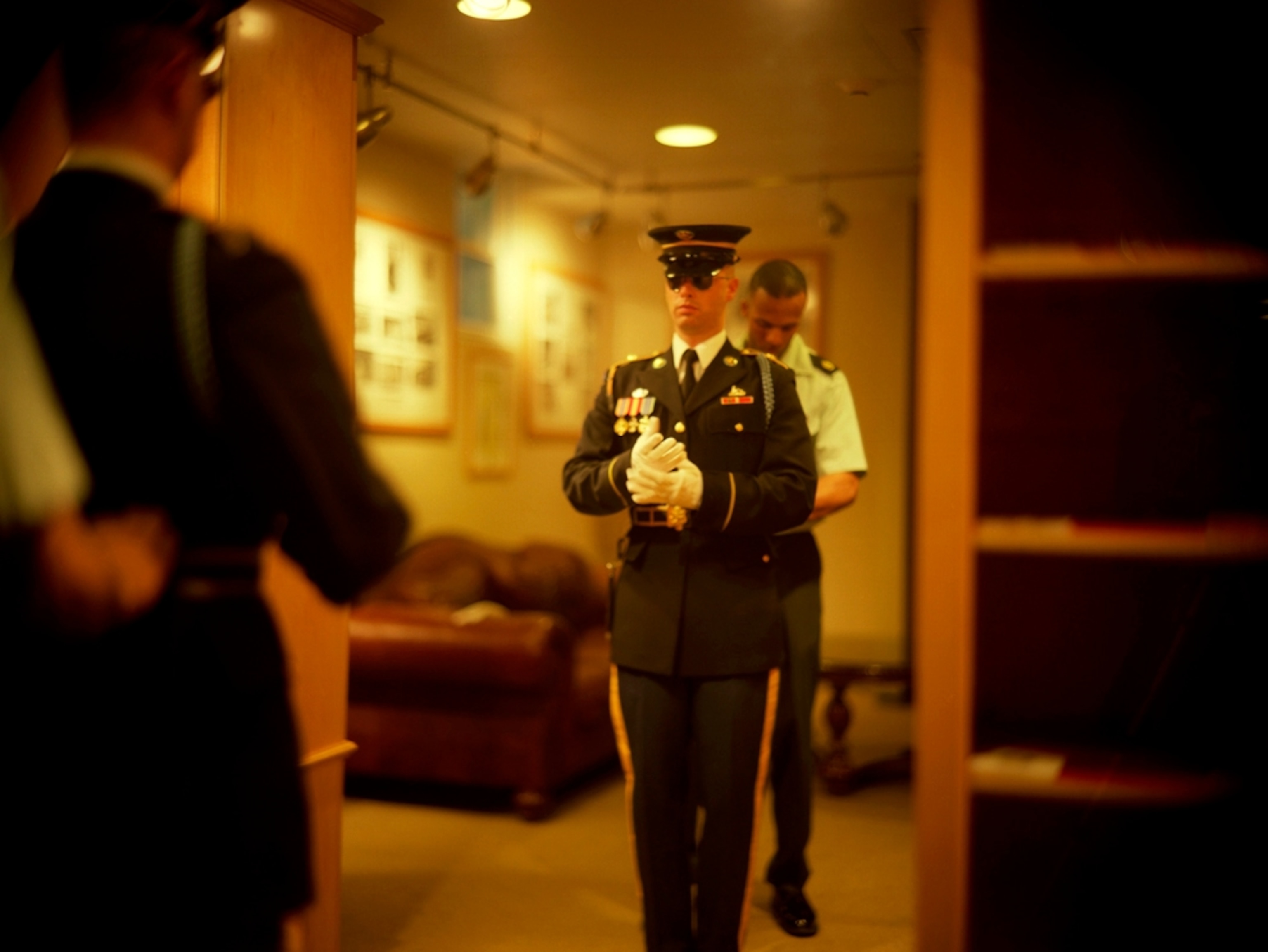 This Month in Photo of the Day: Images From National Geographic Books

In the quarters beneath the Tomb of the Unknowns known as the "Catacombs," one tomb sentinel assists another in the meticulous, hours-long preparation of his uniform before he "walks the mat" in front of the Tomb. On Memorial Day, like every day between April and October, guards change in front of the Tomb every half hour in a precise ritual.


From the National Geographic book Where Valor Rests, 2007