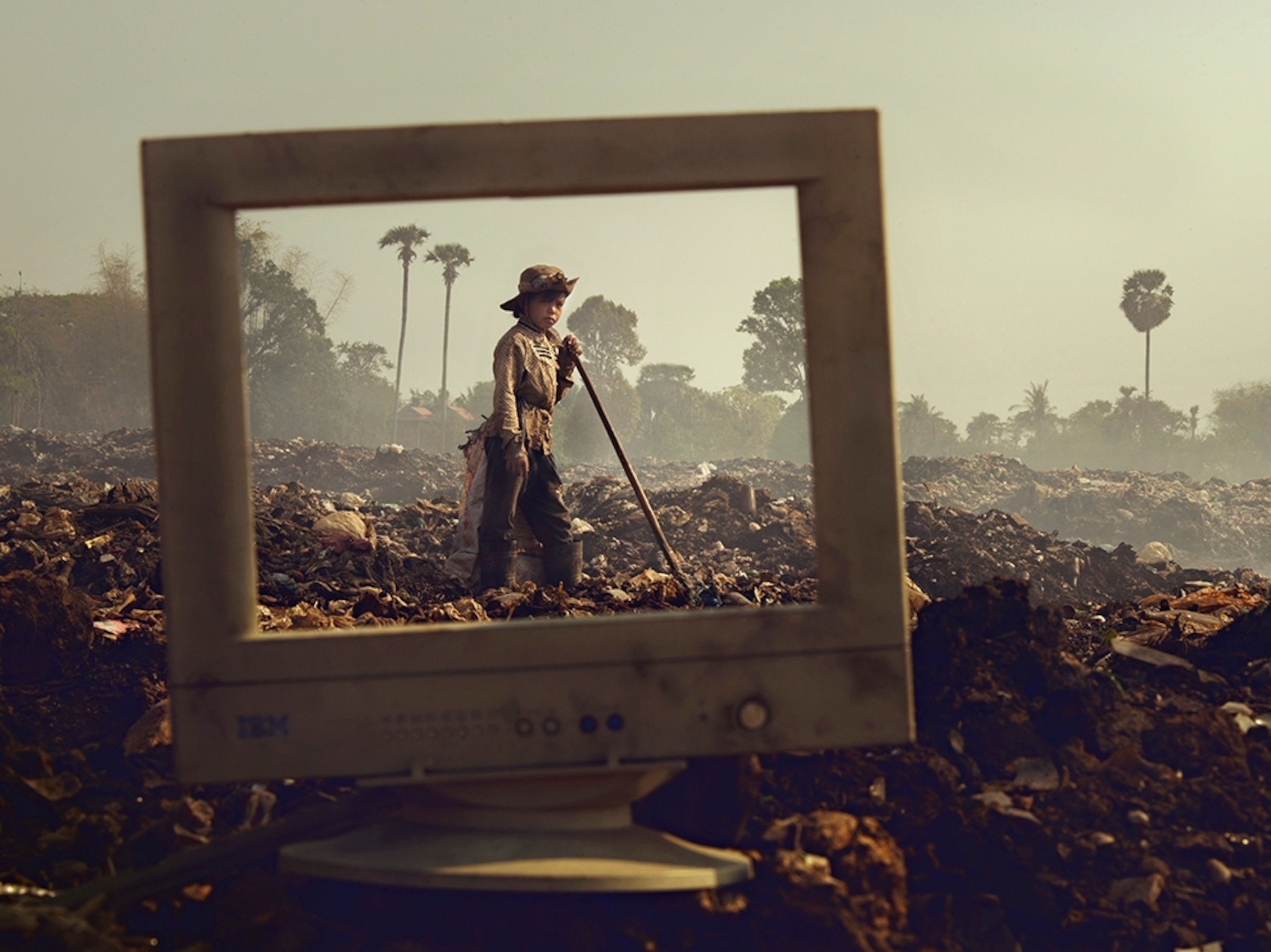 Amid the haze of toxic fumes from burning garbage, in an atmosphere filled with the overpowering stench of rotting waste and surrounded by millions of restless flies flitting ceaselessly, a young garbage scavenger from a swarm of Cambodia’s most destitute people fights to survive, writes Your Shot member Yap Kh. They search, Kh says, for scraps of recyclables in newly dumped loads of rubbish. “Covered in filthy rags, they were scruffy, sickly, and sad. They earned 4,000 riel ($1) a day—if they were lucky.”

Kh’s image was recently featured in Your Shot’s Daily Dozen.