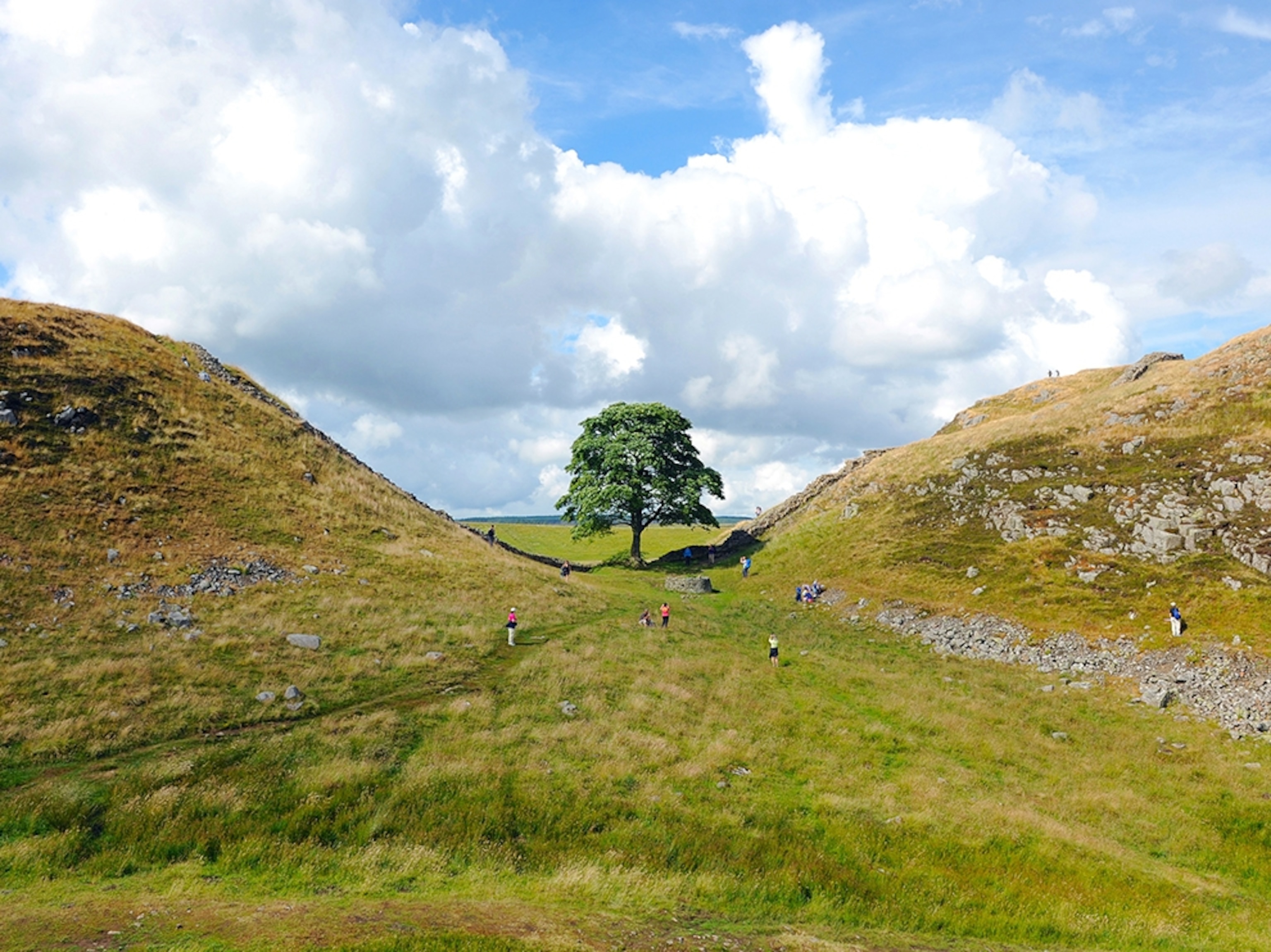 Tourists flock to a lone tree along the path of Hadrian’s Wall in northern England. Built between 122 A.D. and 128 A.D., the wall spans a 73-mile neck of land between the Tyne and the Solway Firth—a solid northern boundary for the entire Roman Empire. It’s often considered the most important relic of Roman rule in Britain.

"I wanted to get the photo without people, but that wasn't possible," says photographer Jeff Nelson. "In the end, I feel they give the photo better perspective."