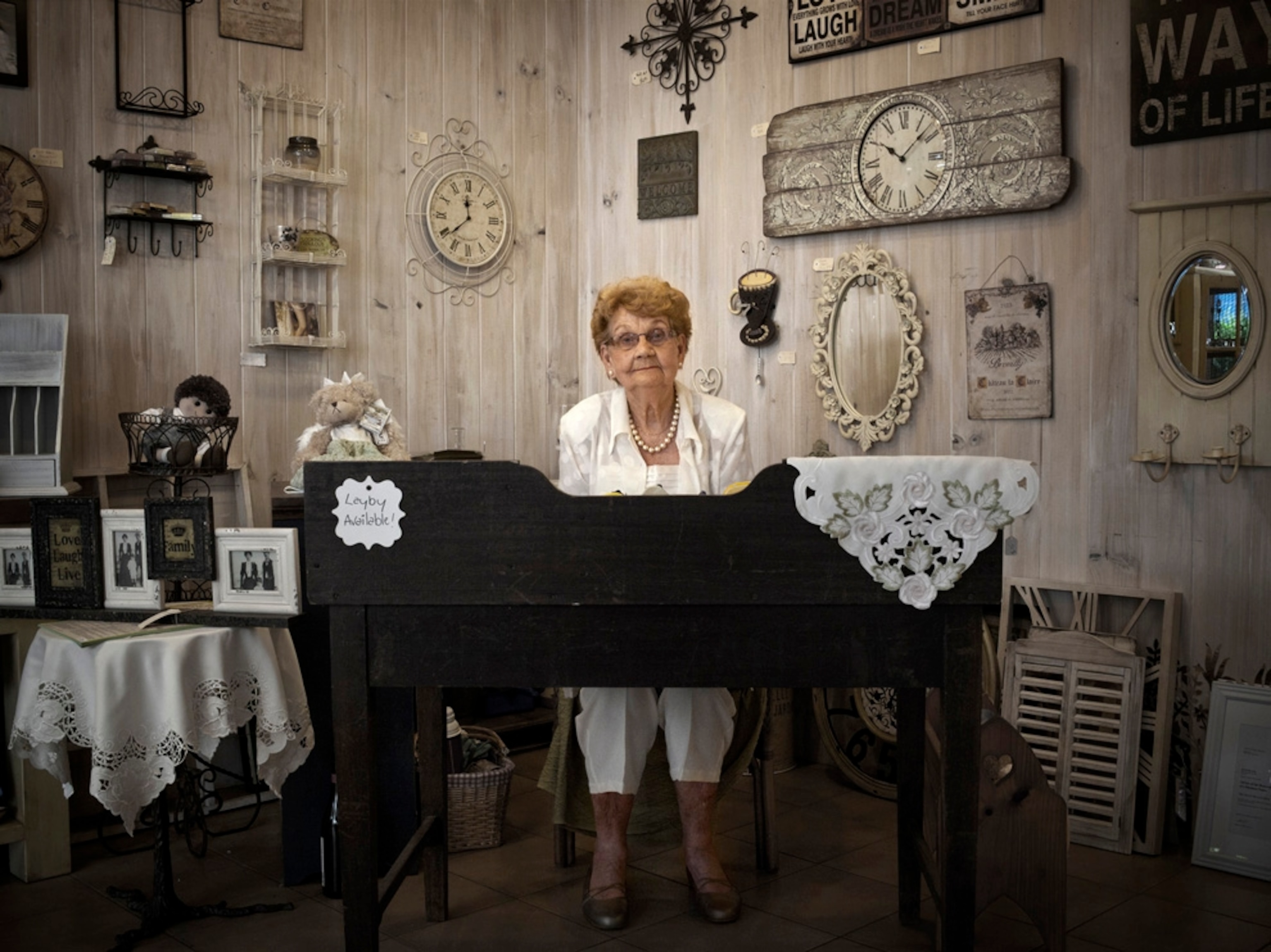 Mrs. May Haupt, February 2012, Montville, Queensland, Australia
One day I entered a little vintage store in Montville, Australia, and I stumbled upon an 86-year-old woman working behind her desk. During the following days I could not stop thinking of that image, so a week later I returned and asked her if I could take her picture exactly as I found her. Not only did she allow me to photograph her, but she also shared with me her beautiful life story. Her portrait is part of a photographic series called "Of Another Time," a project based on photographs and stories of people over 70. —Ana Paula Estrada

(This photo was submitted to Your Shot.)