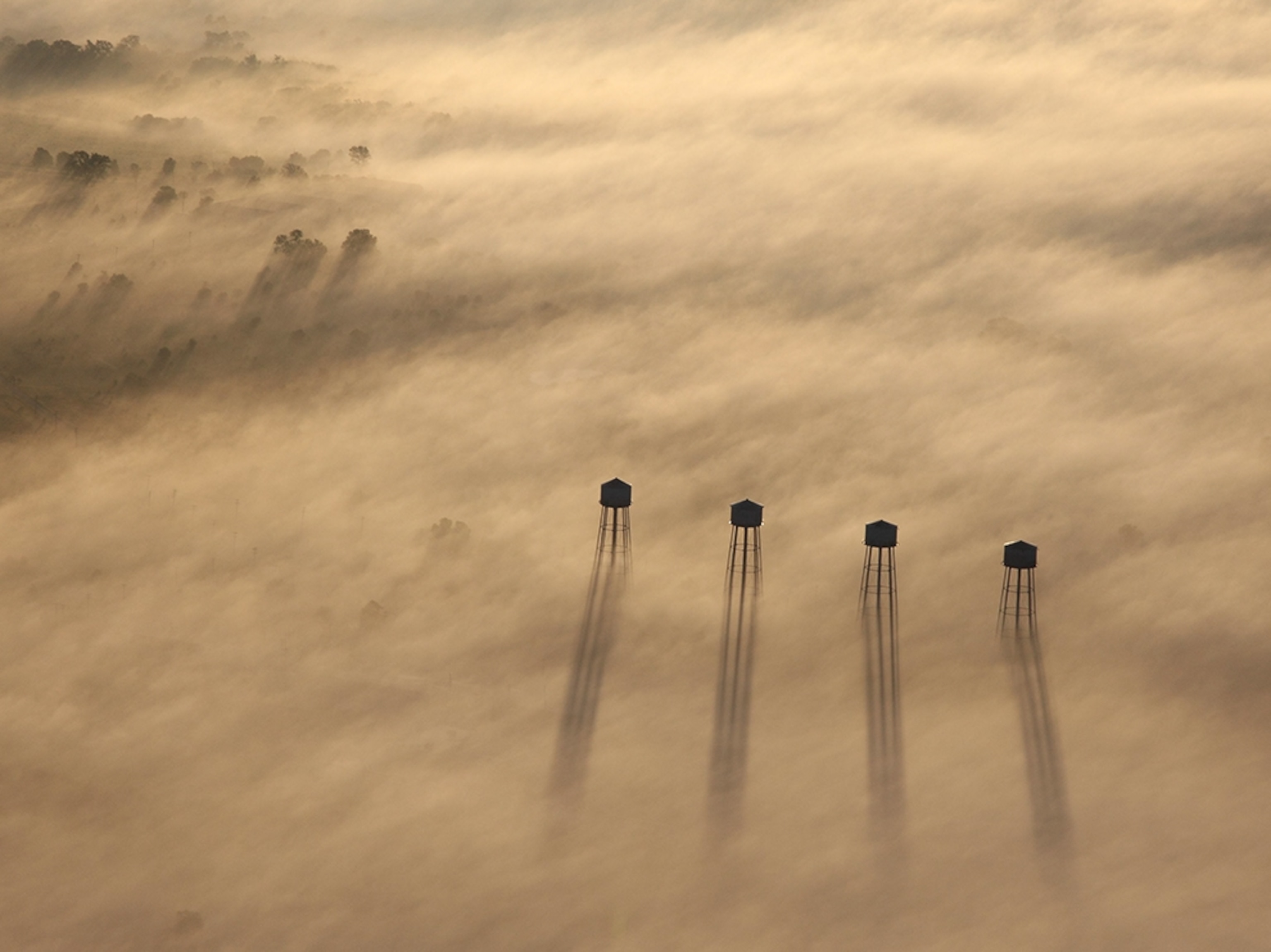 "One morning as I lifted off from my local airport into perfectly clear skies, I could see these water towers (long a favorite subject) protruding from a rapidly receding cloud bank ten miles east," writes John English, who took this photo and shared it on our Your Shot community. "Racing as fast as I could, I made a hurried pass to pick an angle and rip off a couple of test exposures. By the time I circled around for the 'real' shots, the fog had mostly receded. This is one of the 'test' shots. The towers are part of the decommissioned Sunflower Army Ammunition Plant, near De Soto, Kansas. SAAP was built to supply ammo for World War II and also served the Korean and Vietnam conflicts."