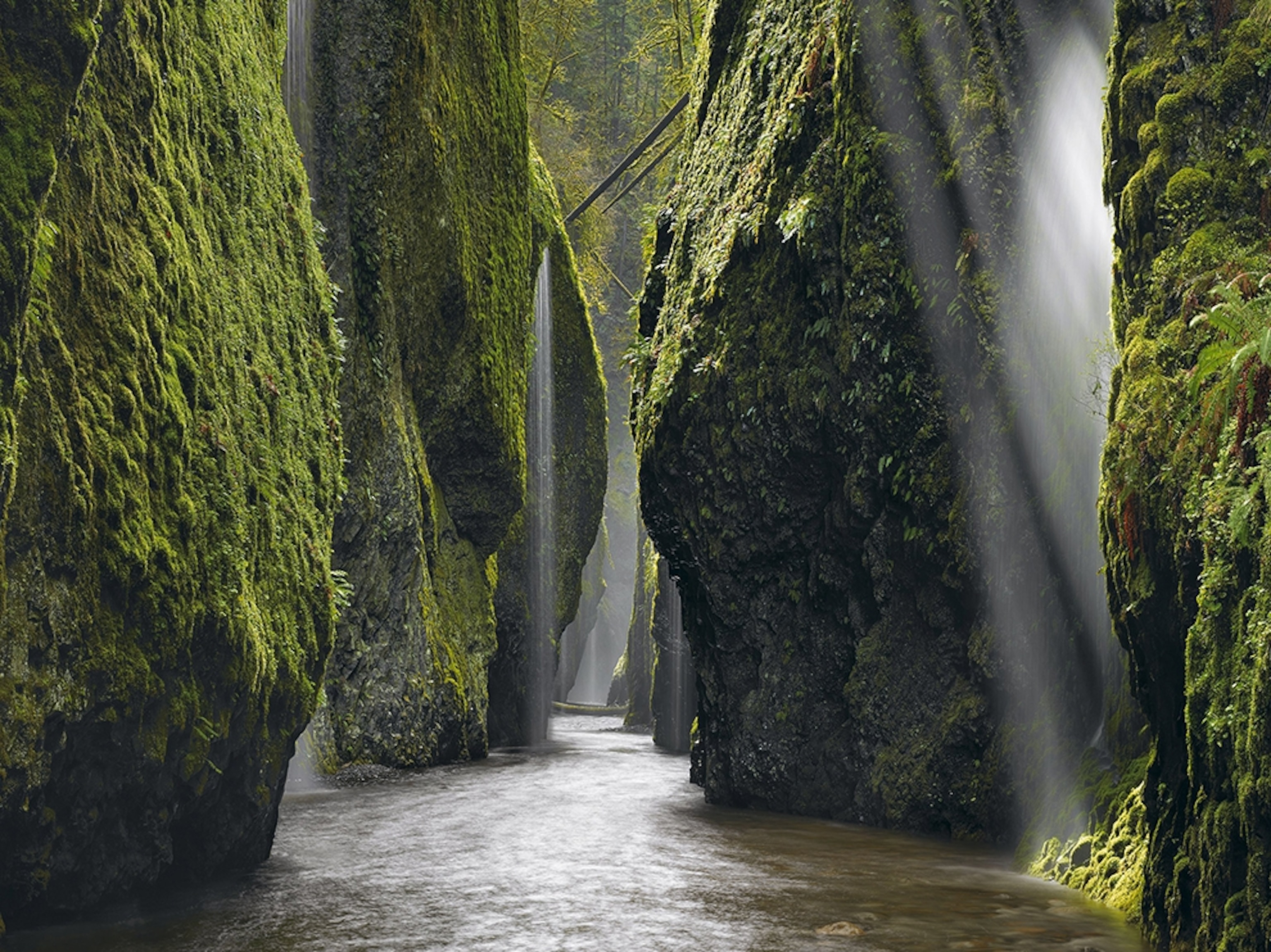 "The shafts of light in [this] canyon [were] one of the most amazing things I’ve ever seen," says Peter Lik, who took this photo in the Columbia River Gorge in Oregon and submitted it photo to the National Geographic Traveler Photo Contest. "It was a surreal feeling being surrounded by the towering cliffs. The only way I could capture this special moment of weeping walls was after an incredibly torrential rain. I knew I had to get to a shallow portion of the river to unfold my tripod. I was drenched from head to toe by the falling water. Mist and rain covered the camera, but I fired a few shots. As I stood in awe of the scene, the sun broke through for a few seconds and cast God’s rays into the side-lit waterfall."

This photo and caption were submitted to the 2014 National Geographic Traveler Photo Contest.