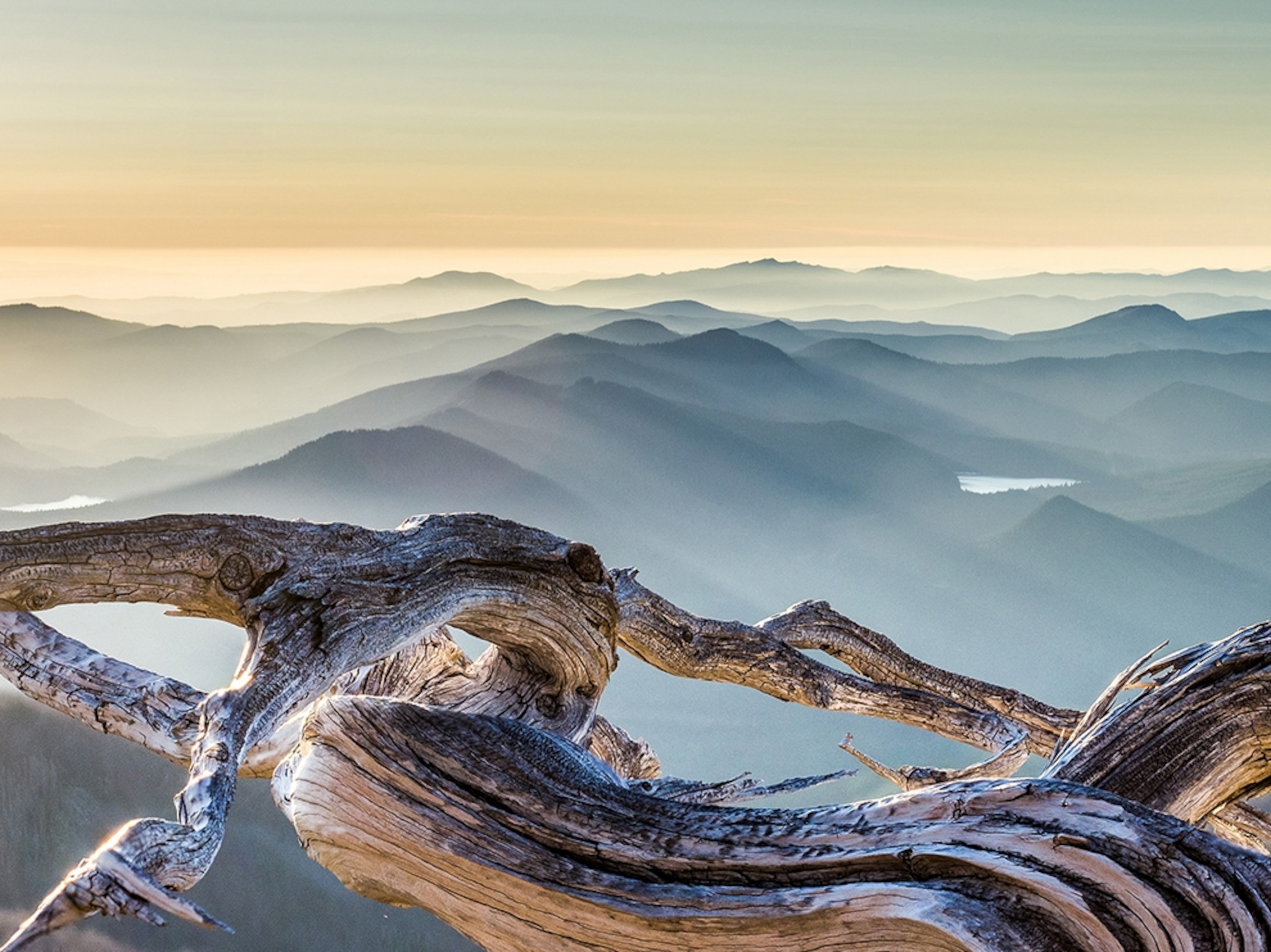 “It’s only after it has died and shed its needles that the stark beauty and grace of the whitebark pine’s sinuous, twisting limbs is revealed,” writes Paul C. Glasser, a member of our Your Shot community. The endangered conifer, hardy enough to withstand heavy snows and high winter winds, is found at high altitudes in western North America. Glasser captured this picture from the north side of Oregon’s Mount Hood. “The hills were bathed in smoke from the many fires burning across Oregon.”

Glasser’s picture recently appeared in the Your Shot assignment Show Me Your Wilderness.