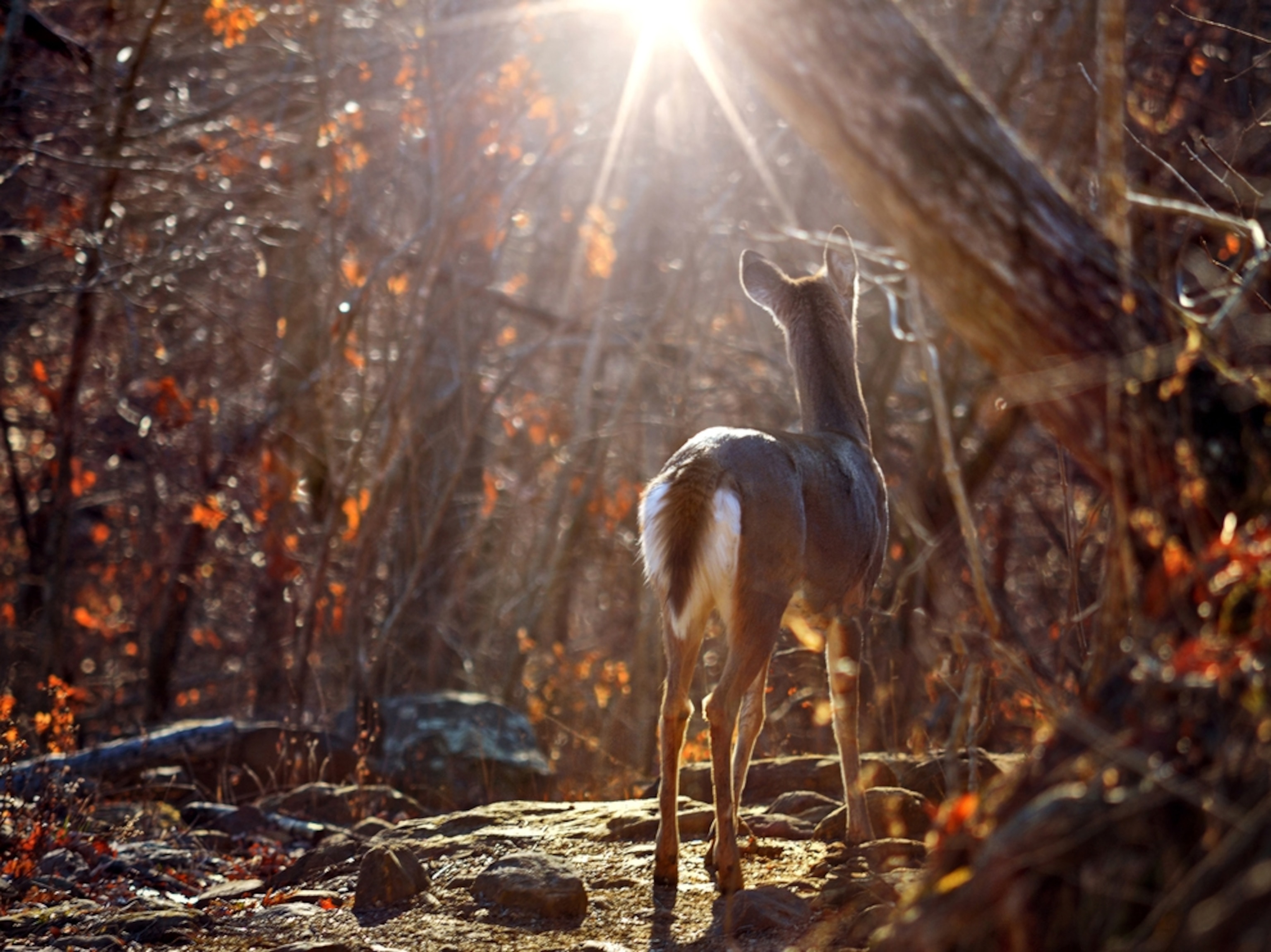 I happened upon this beautiful whitetail doe while hiking along the Centerpoint Trail near Ponca, Arkansas. She was standing along the rocky path, poised in the sunlight that was bursting through the trees above. I readied my camera and tripod as quickly and quietly as possible and was lucky enough to capture the magic moment before she continued down the trail, eventually crossing into the forest.

It's interesting to note that in the 1920s the deer population in Arkansas had diminished to only around 200, but thanks to conservation efforts by the state the population is now estimated to be about a million, making a meeting like this more possible. —Jeff Rose

This photo and caption were submitted to Your Shot. Check out the new and improved website, where you can share and connect with fellow photographers from around the globe.


Get tips on using light »
Browse pictures of animals »

Photograph by Jeff Rose, Your Shot